The Fitbit Charge 2 has arrived, one of two new devices from the company, joining the swim-friendly Fitbit Flex 2. The Charge 2 does many of the things you’d expect from a Fitbit device, but also brings a few other interesting new features to the table as well.

It’s been a bumper year for Fitbit with the launch of the Charge 2, Flex 2, the Blaze – the company’s first smartwatch – and the Alta. But that also means making choosing the right fitness tracker to go just became a lot more difficult.

Some of you might be rocking the Charge HR right now, so the question is, should you upgrade to the newer model? Is there enough here to warrant a new purchase? For the rest of you, should you jump straight to the updated version?

That’s what we’re going to help explain in this guide, putting the Charge 2 and HR side by side, detailing both the similarities and differences to help guide your decision. 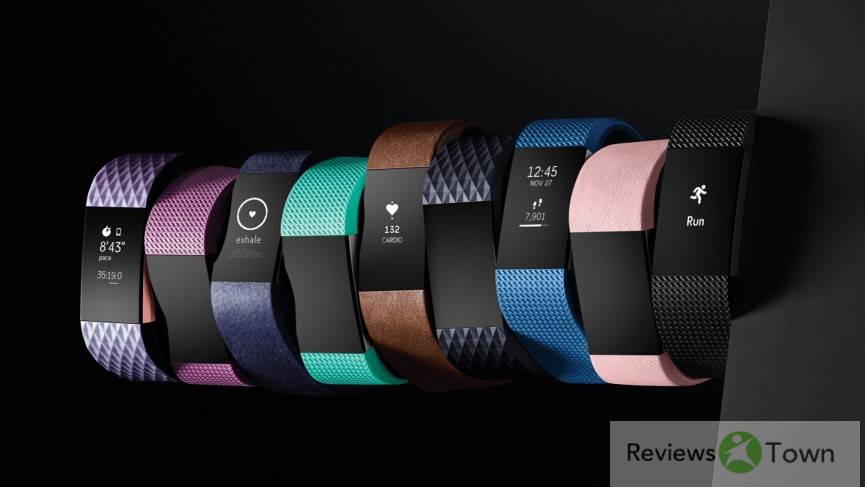 The first difference you’ll notice in design between the Charge HR and 2 is the screen: the 1.5-inch OLED display means the Charge 2 has more room to play with, while the HR’s is significantly smaller with just enough space to display one bit of information at a time. For that reason the Charge 2 is also similar to the Alta in design. The extra screen is also necessary for the new notification features the Charge 2 introduces.

The band itself isn’t very different to the HR, measuring the same 21mm across, although the length will depend on which size you opt for – small, medium or large. However, on the Charge 2 you can swap the bands out, meaning you can opt for a classy leather look if you’re pairing it with smarter clothes. The standard sports band comes in our different colour options: black, blue, plum and teal.

While the HR doesn’t enjoy the same amount of customisation, both the Charge 2 and HR are splash resistant. Unfortunately Fitbit hasn’t made the Charge 2 waterproof like the Flex 2, so bear that in mind.

Overall, the Charge 2 has a nicer design. Even though it’s not a million miles away, the option to swap out bands is quite a big deal. 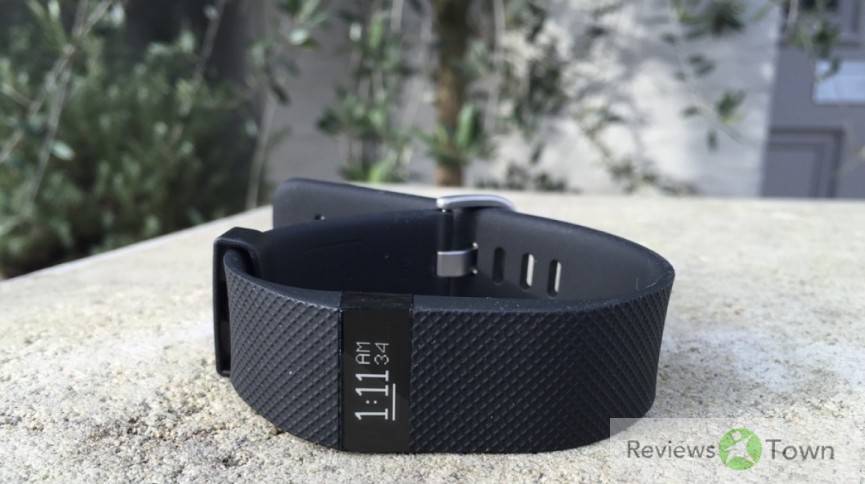 A lot of the features of the Charge 2 and HR are the same. They’ll both track your steps, heart rate, calories burned, floors climbed and your sleep. So ignore the lack of ‘HR’ in the Charge 2 name, as it’s also going to be monitoring your beats using Fitbit’s PurePulse technology. The Charge 2 however introduces a multi-sport mode, which will let you key in a range of other activities such as yoga and biking.

The Charge 2 also introduces Cardio Fitness Level, which we explain in more depth in our VO2 Max guide. Here, Fitbit takes into account all of your bio data – height, weight, age etc – and then analyses how your cardio health compares to other people in your age bracket. Although it lacks the lab conditions to do it as thoroughly as would be ideal (meaning there’s likely a bit of estimating going on), this is still a significant new feature on the Charge 2, and something big for it to hold over the HR. 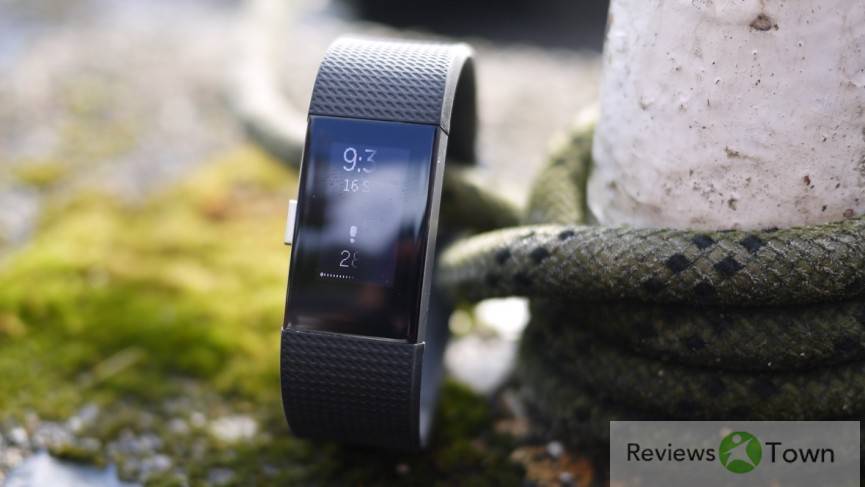 Another new feature that the HR doesn’t have is Guided Breathing. This is something Apple is also focusing on in the Apple Watch Series 2 through the latest watchOS 3 update and – as the name suggests – is about getting you to focus on your breathing, based on your heart rate.

The Charge 2 also diverges from the HR by connecting with your phone to track your GPS information. It’s not built in like some other devices out there, which is a shame, but the ability to track it is something the HR can’t boast about, and something that left the previous device feeling a bit toothless for runners.

Both the HR and 2 offer the same when it comes to sleep tracking, which they both do automatically. The silent alarm is also still present on the Charge 2, helping you to wake up at the optimal time for your body.

Unlike the HR the Charge 2 will also deliver smartphone notifications beyond called IDs, which we’ll expand on shortly. So overall, the Charge 2 offers more of a deep dive into the fitness; the HR is fine if you want the basics, but the fitness freaks will want to go for the Charge 2. 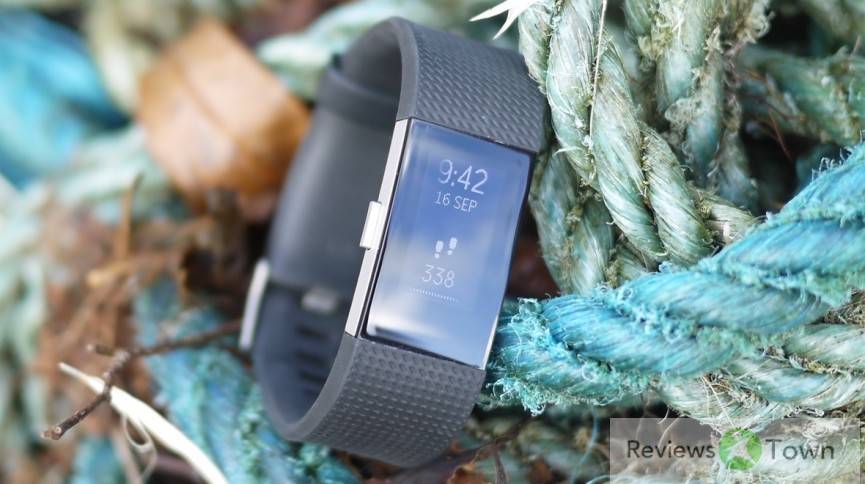 More screen space means more things you can see – and indeed the Charge 2 will be throwing up more information. The wearable can now show call, text and calendar notifications, while the HR can only display caller IDs. However it’s not a smartwatch in the way the Blaze is, and there are no ways to respond to notifications directly from the device, although the touchscreen offers a new way to interact with them.

You’ll get a little buzz to notify you of an incoming notification, but if any messages are too long the screen will clip them short – and you can’t see emojis at all, if that’s a big deal to you. Overall, the added notifications make the Charge 2 feel like a better device. 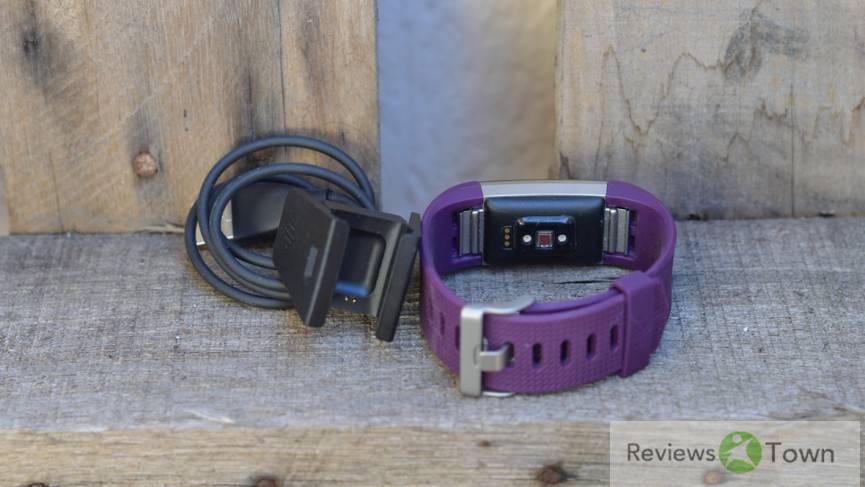 Fitbit says you’ll get about five days of battery life from the Charge 2 depending on use, but in our testing we found it to be a little higher, squeezing out just over six days total.

It’s pretty much the same as what you get on the HR. Particularly good are the short charging cycles, with half an hour being enough to get almost a week of life from the device. However the Charge 2 is not great at keeping you updated on the battery life, with an indicator only appearing in the final hours.

As for price, the Charge 2 costs £129.99 while you’ll be able to pick up the Charge HR for about £10 cheaper, so it really doesn’t cost much more to go for the upgraded model if you can.

Simply put, the Charge 2 is for people who are more serious about their health. The more in-depth information such as VO2 Max means it will give you a more comprehensive picture of your fitness, while the added notification features are a nice touch. We also think it looks a bit nicer than the HR.

The HR is not a bad device, but it’s starting to lag behind. If all you’re looking for is something to keep an eye on your more basic metrics and aren’t too concerned with breathing exercises and in-depth cardio fitness, it’s still a decent choice, but with such a small price gap between them you’re better off opting for the Charge 2.