The first batch of the Leaf Urban sold out in less than a day, despite the fact that its essential design and features are pretty similar to the first Bellabeat Leaf tracker. However the newer model has a smaller, sleeker design plus new water resistant materials and meditation goals, and it’s likely that with these features, the Leaf Urban is appealing to women who liked the fertility and meditation extras, but also wanted something that would fit in with both their wardrobe and their life.

What will really set the Leaf Nature and Urban apart is the way Bellabeat is combining all the data it’s gathering into one easy to understand graphic around how ready we are to deal with stress.

That’s not quite ready yet though, so read on for our review of the Leaf Urban which will be updated once the stress tracking is live. 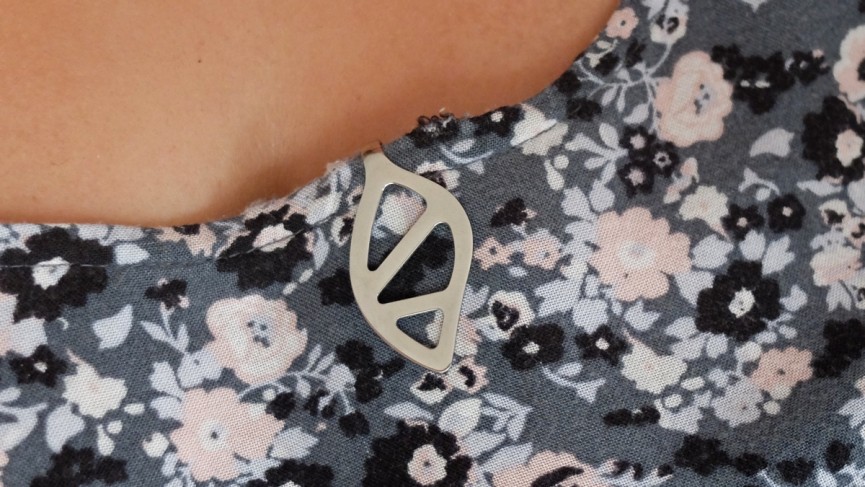 Until that headline feature arrives, the biggest new change to talk about is the Leaf Urban’s design. It’s noticeably smaller and lighter than the first Leaf, made from natural wood, which is now referred to as the Leaf Nature.

It’s just 16.5g and 11.5mm thick when worn as a clip – which is how I prefer it. But there’s also a redesigned bracelet band and a necklace option bundled in the box so you can change up how you wear it. Both are stylish and fit in with the more, well, urban, look and feel of this tracker compared to the hippie vibes of the first device.

The other big change is that it’s made from stainless steel and a wood and eco-plastic composite. It’s not as beautiful an object as the first Leaf but it is all-round a more practical wearable. It’s now water resistant, I can confirm, which is handy for kitchen splashes and impromptu downpours – just don’t go swimming with it.

Bellabeat’s trackers now have a bit more competition in the style stakes what with Kate Spade launching wearables and Misift upping its customisation options, but the Leaf Urban remains a damn good-looking choice that makes the most of its (relatively) basic hardware and sensors. 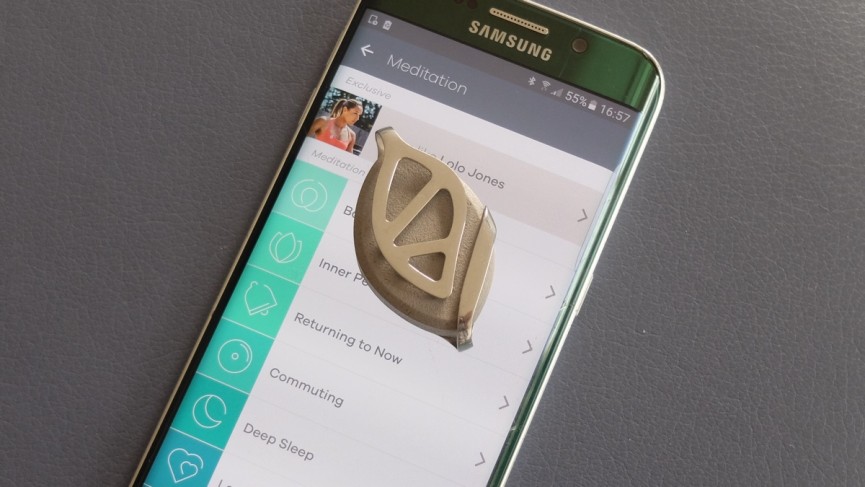 The Urban tracks as accurately as its predecessor, and Fitbit’s Alta, when it comes to steps, distance and active time – though it can be a little stingy when you’re simply walking around an office or house.

Where Fitbit picks up ten or twenty steps here and there, the Leaf Urban didn’t track these. It’s not going to make a huge impact on your daily total and it’s probably better for those really trying to move more but some users may notice this.

The activities you can input manually (along with the start and stop times) to add to your active time and calories burned totals include everything from aerobics, crossfit and HIIT to jazzercise, cleaning, bowling and even breastfeeding. These appear with coloured icons in the timeline below the graphs in the app so it’s easy to see the impact of individual activities, though there’s no auto-tracking at all for now.

For the record, there’s no heart rate, GPS, galvanic skin response or any other more focused tracking abilities. It also doesn’t sync automatically but the device will store data for 14 days and tapping the device to manually sync takes 30 seconds at most.

In terms of sleep tracking, again I found the LEAF Urban comfortable to wear in bed as a clip and mostly accurate in tracking. What I also liked is the option to manually correct it when, for instance, you were watching Amazon Video in bed before going to sleep. You get a sleep goal and also stats for your percentage of deep sleep – like 40% – in the app.

What makes the Leaf collection special, though, is the addition of both menstrual cycle and fertility tracking and meditation/breathing. Both have manual elements to them but it’s still surprisingly rare to be able to track and view all this health and wellbeing info all in one well-designed app. Food tracking is still missing but Bellabeat’s Urska Srsen told us recently that they’re working on it. Plus, that stress tracking is coming seriously soon. 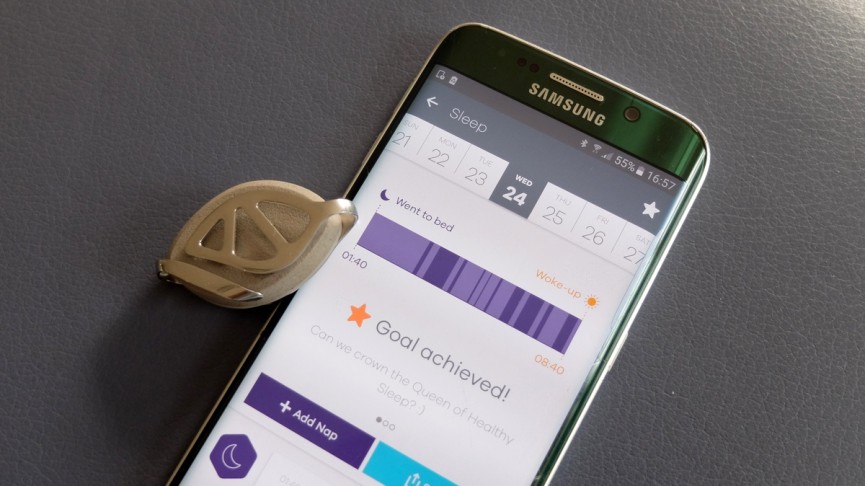 The Bellabeat app has had some tweaks since our Leaf review went live in June, but there’s nothing too major as it stands. It’s still fairly simple in how it presents your lifestyle data and how much you can dig in – a calendar with period data along the top plus segments for activity, sleep and meditation which can be expanded to show how you’re doing towards your goals.

Additions include new meditation exercises and – something I asked for in my original review – the option to set meditation goals, for example how many sessions per day and for what duration. Newbies like me can go as low as one session of 10 minutes per day.

There’s some motivation in the form of specific goals – activity, sleep etc – and basic attempts at chirpy, coaching-type comment bubbles. (I am a ‘Queen of Healthy Sleep’). I’m still missing that extra sense of community and push you get from apps like Fitbit. But perhaps this focus on wellness rather than PBs is what Bellabeat users like. Extra include smart alarms but there’s no smartphone alert handling currently.

As we said, the Bellabeat app’s most exciting feature – the stress preparedness stuff – isn’t actually live yet. The latest news is that it will be rolled out at the end of August, when the Leaf Urban ships for pre-order customers, so we’ll update this review once we’ve tried it out properly.

In essence, it takes all the tracking we’ve mentioned and pulls it together to give you a score – as an in-app visualisation – showing how ready you are to deal with stress that day. And how that compares to yesterday. That’s based on how well rested you are, whether you’ve meditated or exercised and what point in your menstrual cycle you’re at. 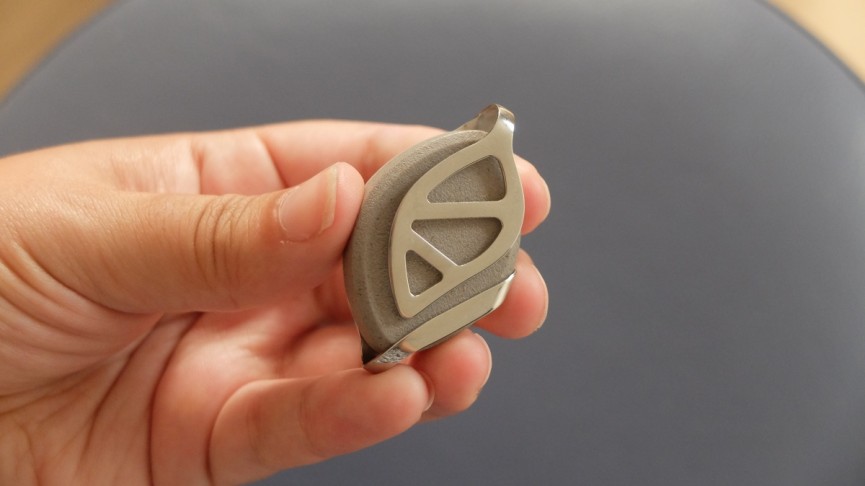 Like the first Bellabeat Leaf, battery life just isn’t an issue. The coin cell battery, which you can swap out by using the bundled tool to access the back of the device, will last between two and six months. Bellabeat is advertising the latter but regardless, it’s super handy. There’s a smartphone-style battery icon in Settings/Status if you want to keep an eye on this.