It’s fair to say no-one has answered the smartwatch question yet. But in Google’s Android Wear and Samsung’s Tizen OS, we have two very different attempts.

We pit the two operating systems against each other, looking at hardware, compatibility, interface, health and fitness tracking and apps to help you decide which platform to plump for.

Features and apps might sway your ultimate decision but your gut feeling on which smartwatch platform to choose will probably be based on the hardware itself. And it feels a bit odd to describe these smartwatches as hardware these days as on both sides, tech companies are doing a much better job of disguising the tech as truly wearable accessories.

On the Tizen side, you have Samsung’s current flagship wearable, the geek chic Samsung Gear S2 to tempt you and the upcoming Gear S3 to look forward to.

Also don’t forget about 2014’s Samsung Gear S and the even more vintage Gear 2 and Gear 2 Neo which you can still pick up online. We’ll focus our attentions on the Gear S2 and soon-to-be-official Gear S3 for the purposes of this feature but if you want to dive into the details of these older models, head to our individual Samsung reviews.

If you’re interested in Android Wear, you now have serious choice. We haven’t seen too many Wear watches actually on sale yet this year aside from the sporty Casio WSD-F10. But there’s lots to look forward to in the next few months including Nixon’s rugged smartwatch The Mission, the two Michael Kors Access watches and Polar’s first Android Wear device, the M600.

There’s the Tag Heuer Connected at the luxury end as well as the more mainstream Fossil Q Founder. Plus there’s the best of the tech companies’ efforts from 2015: the customisable Moto 360 2 and the Moto 360 Sport (with GPS), one of the many Huawei Watch models or the affordable Asus ZenWatch 2. The Sony SmartWatch 3 should also still on be on any Android Wear shortlist.

A big plus in Android Wear’s column is that it is compatible with not only any Android phone running Jelly Bean 4.3 or later but also – in a limited way – iPhones including the 5, 5c, 5s, 6 and 6 Plus if they’re running iOS 8.2 or later. The main limitation is that Android Wear for iOS doesn’t support third party apps.

Tizen is a very different story. The Samsung Gear S2 is only compatible with a select list of Android phones which must be running Android 4.4 or later and have at least 1.5GB of RAM. That’s better than just Samsung phones but still leaves a lot of Android owners out.

Samsung said at this year’s CES that iPhone compatibility for the Gear S2 would arrive within weeks but still hasn’t rolled it out, despite many rumours that it’s coming. It also said that all future Samsung smartwatches could be iOS friendly – in theory, that includes the Gear S3.

Now we get down to it, take all the below with a pinch of salt because in a couple of months, both Android Wear and Tizen will have had overhauls. Read how we got on with Android Wear 2.0 and our Gear S3 preview for what to look forward to. It’s all change for Google with features like Together being shut down.

For now, Android Wear is pretty clean, all round – once you start to use it, you get the hang of what you can interact with and when. The last few Wear updates especially have helped with finding apps and features if you don’t want to rely entirely on voice commands when you’re walking down the street.

It’s a very Google focused interface and how much you get on with it will depend on how much control you are willing to relinquish. Some of us love getting reminders and hints from Google and generally letting Google Now take over our life. Others will prefer to manage their own alerts and schedule with no extra help.

Android Wear doesn’t want you to spend too much time with it. Features wise, there’s plenty to get to grips with including standalone calling and 3G on some models plus Wi-Fi support so you don’t need Bluetooth on all the time. Google’s services are second to none, too – Maps, Voice, Gmail and the like.

In terms of getting around the UI, right now we prefer Tizen OS on the Gear S2 to Android Wear. It’s a simple set up, more reminiscent of a smartphone screen (specifically TouchWiz) but less hectic and potentially confusing than both Android Wear and Apple Watch. The integration with the rotating bezel, too, is lovely and means you don’t cover up what’s onscreen with your fingers. Put simply, it relies on less of your brainpower to quickly access what you need to see and, for a smartwatch, this is crucial.

You can connect Tizen to Wi-Fi too and there is a Gear S2 3G which allows it to be used as a standalone device, for instance with AT&T’s NumberSync. It’s not perfect, though.

Cosmetically, the interface is a little cartoonish and Samsung’s own services won’t always stand up to Google’s. Voice memos, in particular, are disappointing though for instance, you can get HERE Maps for Tizen which is a pretty good alternative. Speaking of apps…

We’re not particularly impressed by either of the app selections for Tizen or Android Wear yet. There are more Android Wear apps, for sure, and in terms of useful, geeky or fun indie titles, you’ll find more to download. There’s even some wrist based games.

Perhaps because of Android Wear’s slow start in terms of sales, it has had less attention from headline grabbing apps and companies. With more fashion partnerships coming to fruition, though, this could change very quickly. There is already a nice line in Android Wear watch faces and individual smartwatch makers, like Tag, are pushing these bespoke downloads as a reason to choose one smartwatch over another.

It’s worth remembering that Android Wear supports alerts from pretty much any app you have on your Android phone. So you may just tell us to quit our bitching if that’s all you require of your second screen.

Tizen is definitely lagging for – it finally has Uber and there’s a few Big Deals like Evernote, Twitter, eBay and the like which are all slick and built for the Gear S2. There are apps such as Mr. Time Maker which lets you play around or create watch faces and Samsung has a few smart home and car deals with its own SmartThings platform and Volkswagen.

But apart from a short list of big partnerships and a smattering of popular apps, devs don’t seem to be prioritising this OS. Plus beyond the watch faces, neither operating system is *that* customisable in terms of the look of the interface. Still, as we’re starting to mull over, maybe smartwatch apps aren’t the make or break we thought they were.

Android supports GPS and smartwatches like the Sony SmartWatch 3 and Moto 360 Sport have taken advantage of this. No-one has been able to turn Android Wear into a platform for real fitness enthusiasts yet. Sony has come the closest – but there’s definite potential here.

In terms of basic tracking, you can use Google Fit to track walking, cycling and running. It monitors steps, distance and estimated calories burned as standard then add this data to stats collected by dedicated fitness wearables in Fit on your Android smartphone. It’s not completely comprehensive but Adidas, Strava, Withings, Nike+ and RunKeeper have signed up.

Neither the Gear S2 or the Classic has GPS on board, so using Tizen for a proper running watch alternative isn’t very feasible. That said, Tizen auto tracks walking, running and cycling via S Health so it matches what most Android Wear devices can do. Both platforms can help you to move more and set and beat daily and weekly targets, of course, and at least for now are more targeted at the casual user.

So, for instance, there’s accurate step counting and the option to get the Gear S2 to buzz you when you’ve been sat down too long. Nike+ Running is preloaded too and overall, we’d say Tizen just has the edge over Android Wear due to useful additions like being able to tag bpm readings with the Gear S2; optical heart rate monitor as ‘resting’ or ‘after exercise’.

Tizen or Android Wear is just one consideration when you’re deciding whether to buy a Samsung Gear S2 or an Android Wear watch. Design, price, customisation, everything has to be just right for you to give up your wrist space for one of these devices.

If you’re plugged into Google’s services or you need a specific sensor, feature or finish, it’s worth diving into the specifics of what each Android Wear smartwatch offers. If you’ve never worn a smartwatch before, you have a compatible phone and you want a device that is easy to use from day one, try on a Gear S2 for size. And if you can wait, it’s worth keeping an eye on new developments with both operating systems for a month or two before taking the plunge.

Also, remember – there’s a whole bunch of smartwatches disguised as analogue watches from Fossil, Withings and co. This isn’t part two of the smartphone race, everyone is doing their own thing from Olio to Vector and beyond Android Wear and Tizen, a startup or fashion giant might have made the perfect smartwatch platform for you. 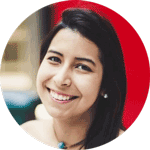 Who Will Need Wearable Tech?