Smart rings are now finding their footing in the connected tech space, and Ringly can safely say it was one of the first success stories. While the actual ring doesn’t do a whole lot at the moment, the jewellery has certainly garnered a lot of attention for its bold look paired with its ability to send notification alerts to the wearer.

However Ringly isn’t for everyone – especially at $195. There are certainly perks to getting alerts on the hand through a stylish device, especially if your phone is tucked away. But it may also be a little oversimplified for those who want a bit more.

The design itself is more polarising than other wearables I’ve worn, and the loud, large form factor may not be to everyone’s liking.

If you still like the concept, but the chunky design isn’t up your alley, there is the Aries bracelet option which tracks fitness and keeps the bulkiness to a minimum. For others still curious about Ringly, here’s the rest of my experience with the connected device. 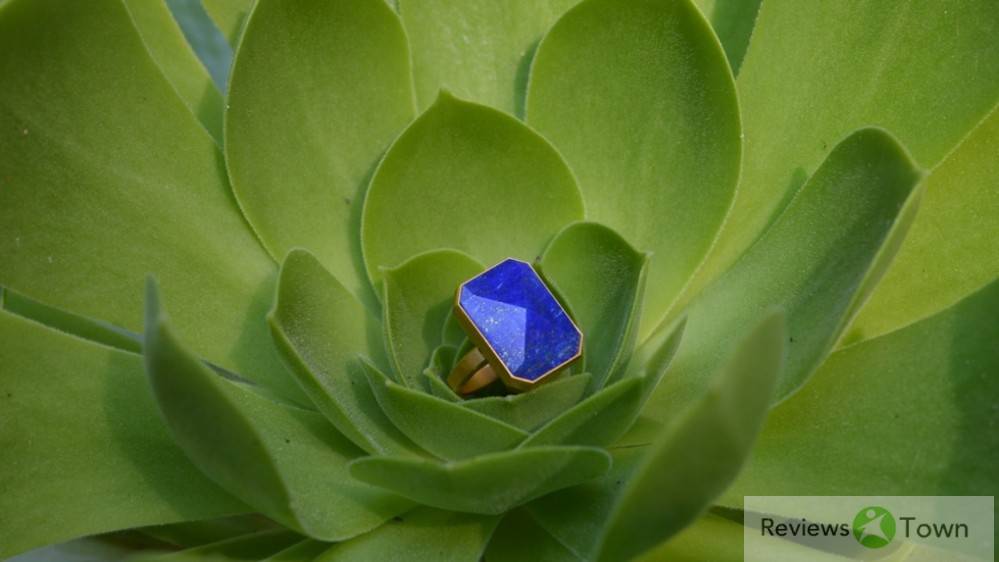 First and foremost, your eyes will immediately be drawn to the giant gemstone. It shouldn’t be a surprise considering the photos of Ringly don’t try to hide the fact that it’s a hefty piece of jewellery. The gemstones are 14 x 19mm, “approximately the size of an almond” according to Ringly’s site.

Still, I was taken aback by the sheer size. I also immediately drew parallels to the prizes I loved to find in Cracker Jack boxes when I was a kid. It was pretty, but also undeniably costume jewellery-esque. I’d be more inclined to wear another coloured stone or even the bracelet alone.

My review unit was the ‘Out to sea’ Lapis Lazuli stone, which is blue with hints of gold specks sitting in a yellow gold band. Due to size alone, it wouldn’t be my first choice for a ring since I already have smaller hands than the average person. But between wearing mega sized smartwatches, or wearing mega sized rings, I’d actually opt for the rings. Both look silly, despite the trend of oversized jewellery, but I’m all about comfort and chunky rings still win out there. 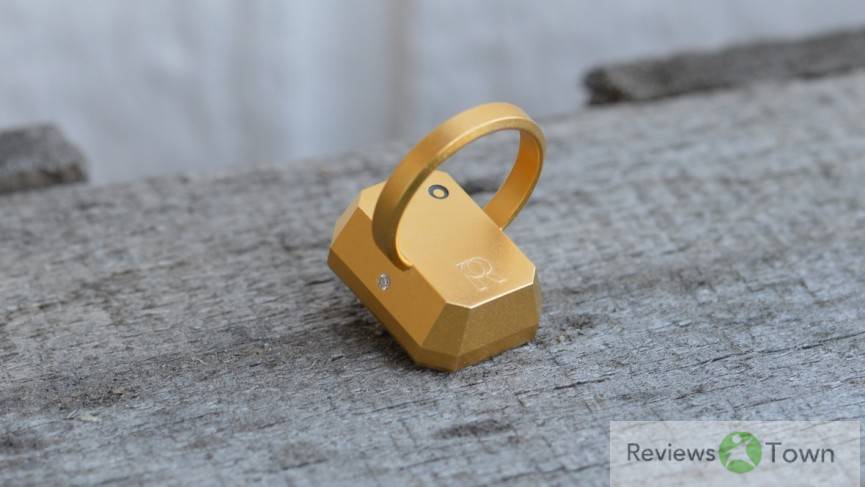 That said, the Ringly also has a nice weight, and feels pretty durable. Despite having all the tech crammed inside, you also can’t really tell it’s a connected device. Ringly co-founder and CEO Christina Mercando was adamant about ensuring the technology wouldn’t be noticeable and the team succeeded there. Even the LED indicator light on the side looks like a jewel.

The stones themselves are sourced from around the world. This better justifies the high price, especially since the bands in the Classic Collection – which includes the Lapis Lazuli, Stargaze Black Onyx and Into the Woods Emerald – are all plated with 18K matte gold. However, people with nickel allergies should steer clear since the base contains trace amounts. 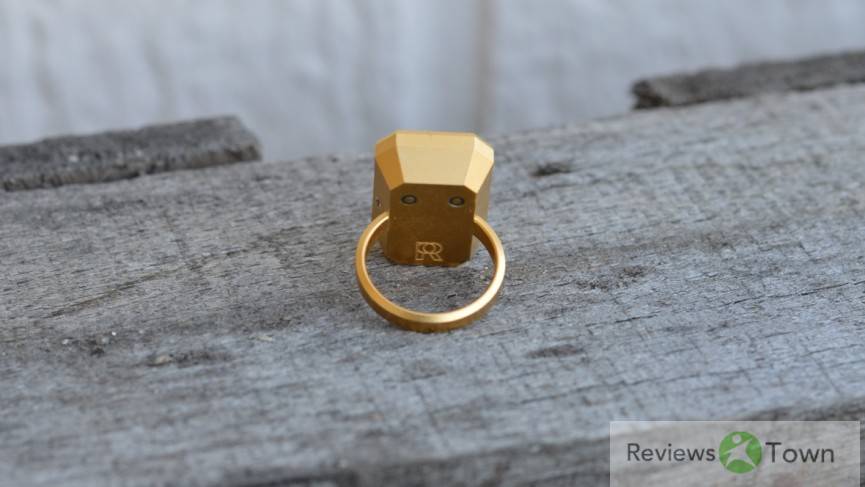 As I mentioned before, Ringly has limited functionality, which was expected. It doesn’t promise to do more than notification alerts – that’s up to its fellow Ringly wares.

I also originally wrote that the ring was only splash proof, however Ringly has reached out to inform me that the materials around the subject are wrong, and Ringly is actually water resistant (the IP rating wasn’t disclosed).

That still means you shouldn’t keep it submerged for long periods of time, but dishwashing and washing your hands in general should be fine. Swimming is still out of the question. 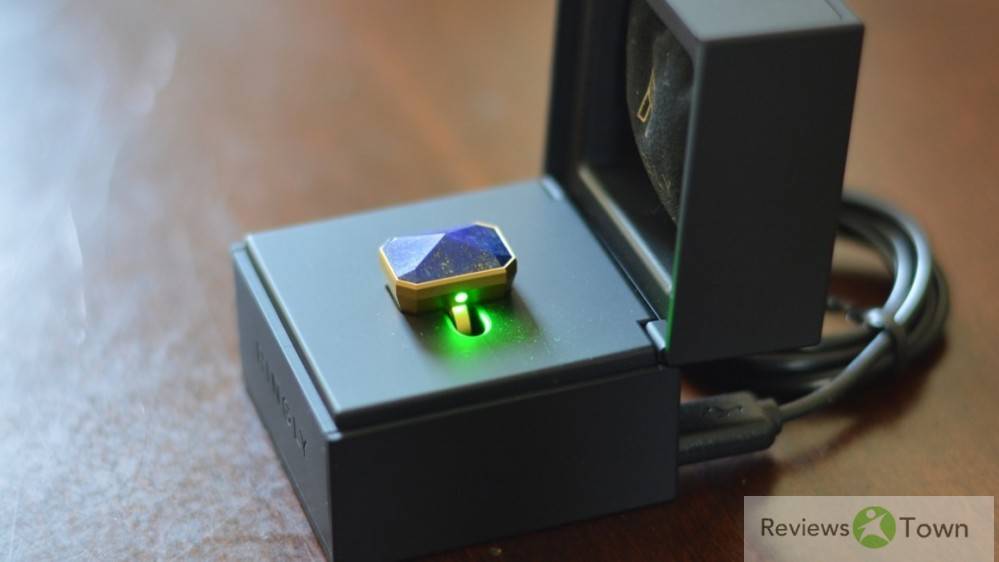 The basic concept of Ringly is to discreetly give you haptic and light feedback when you receive notifications by connecting to your smartphone via Bluetooth. You can even customise the type of vibrations and lights from the app (more on that later).

Unlike a lot of other devices out there, Ringly can sync with over 100 apps on iOS and Android. As long as it’s installed on your smartphone, you’ll be able to get a Ringly notification for it – which you can customise.

On average, Ringly will also work about 20-30 feet from your phone. So if you leave your phone charging somewhere and walk around your house, the ring should still buzz alerts at you. 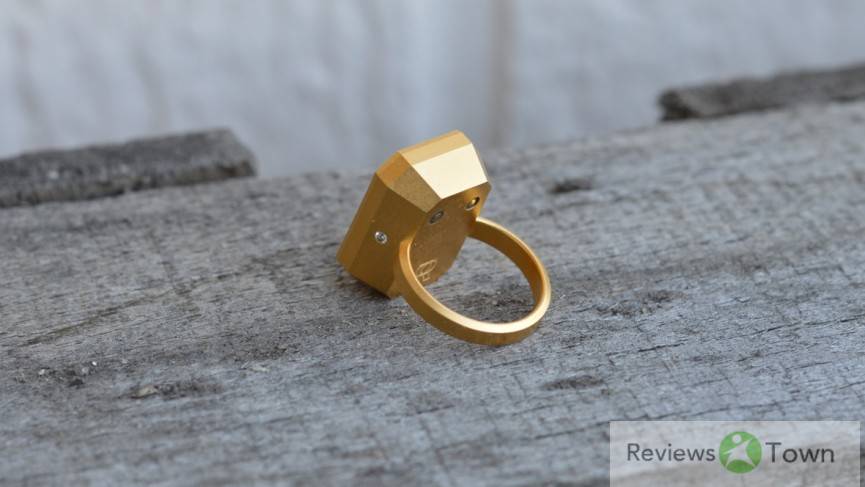 The amount of apps that you can use with the ring is impressive, especially considering I was recently lamenting about how the Fitbit Flex 2 only notifies you for phone calls and texts. With Ringly, I can use it for just about anything. The only problem – which is shared with the Flex 2 and other screen-free devices – is that it’s hard to figure out the haptics and lights once you get more than five notification alerts going.

I stuck with five options – phone calls, texts, Facebook Messenger, Instagram and Slack. As with the Flex 2, I think I would be able to remember the different combos given time but for the most part I’d constantly forget. However, the customisation did help me figure it out faster than I thought. 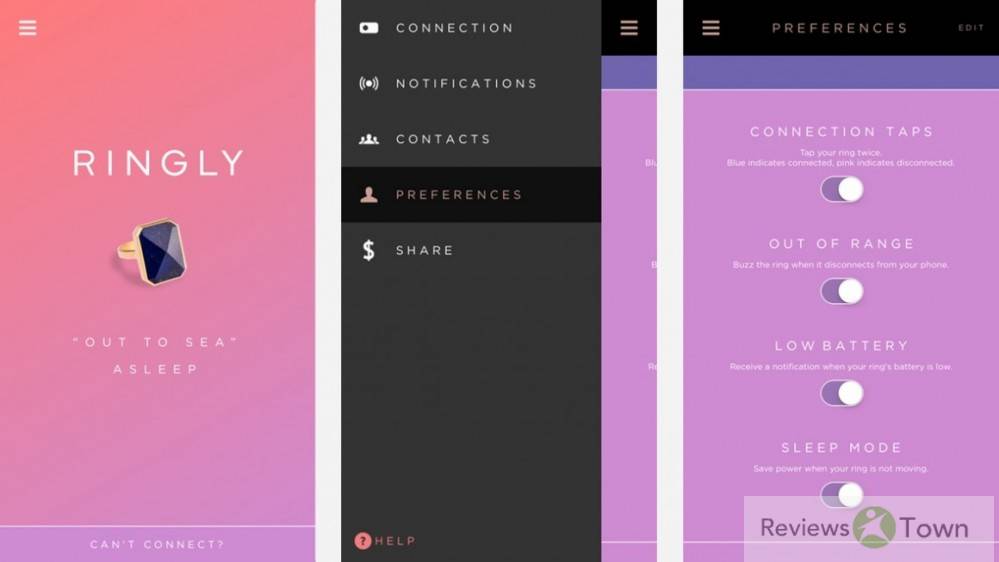 Syncing your ring up with the app is very easy. Ringly also supports iPhone 5’s and newer running iOS 8 or above, and Android devices running Android 4.3 or above. After downloading it from the iOS or Android app store, make sure the ring is fully charged and Bluetooth is turned on in the phone. Then tap Connect in the Ringly app and it should be ready to pair.

Now you’ll be able to set up notifications, which is just as simple as syncing. In the top left corner, you’ll find the Ringly menu – select Notifications then swipe across various options to change the LED colour. Choosing the grey colour means you don’t want a light associated with the alert. Tapping on the dots lets you choose between four different vibration patterns. You can also turn off notifications by tapping ‘edit’ in the top right corner. A neat feature of this set-up process is how the ring lights up and vibrates as you’re customising. It’s a small thing, but it’s nice to know what you’re choosing right off the bat. 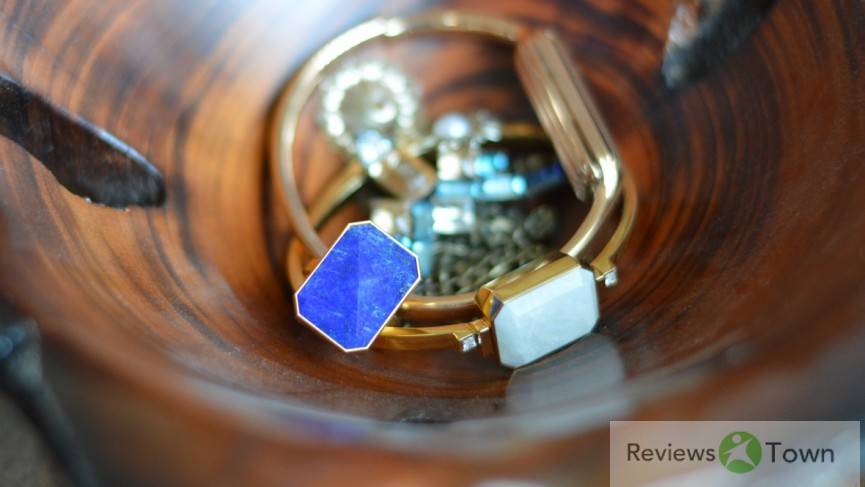 If you decide to take you ring off, say when you’re in the shower, it will go into sleep mode, which is great for conserving battery. Including sleep mode, there are a total of four preferences you can turn on or off in your app.

Connection taps let you tap on the ring twice, then a blue light will let you know if it’s connected to the phone or a pink light means it’s disconnected. You can also turn on the ‘out of range’ feature to make Ringly buzz if it’s too far away and disconnects from your phone. Finally, there’s a notification that indicates low battery. 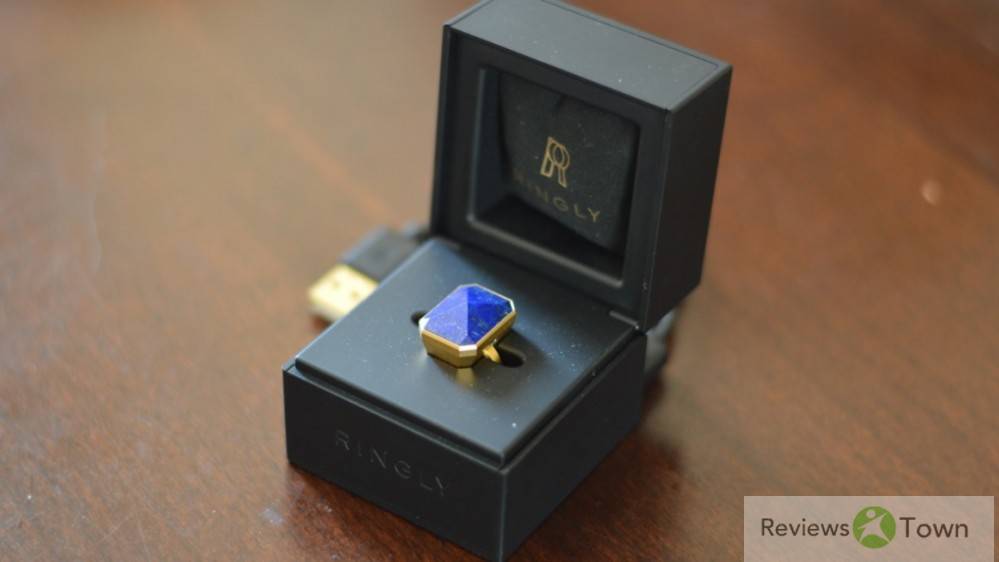 Ringly doesn’t have a great battery life and depending on usage, it should last one to two days before needing to be recharged. I was able to get two days and then some since I only had five notifications working. The battery life isn’t out of the norm for wearables but it’s surprising for a ring without a screen. However, there’s probably a small battery living inside the ring and anything larger would mean you’d get stuck with an even bigger form factor.

Charging time is pretty long at around four hours. Thankfully, the charger is a nice little ring box that can’t be misplaced. The box itself can also hold a charge for over a week in case you don’t want to leave it plugged in all the time. To make sure you know the Ringly is charging, a red light should be blinking.