Polar is a big deal in the running watch business. It was the first company in the world to offer up wireless heart rate monitoring – way back in 1977 – and has made a name for itself with running watches for ‘serious’ athletes ever since.

The Polar M600, the first Android Wear device from the Finnish company, takes the initiative of last year’s M400, which blurred the lines between activity tracking and a smartwatch, and throws in the design elements and wrist-based heart rate tracking of 2016’s A360.

The inclusion of Android Wear on the new M600 means, in theory at least, that more features are available to wearers: essentially what you’d find on any other Wear watch, except, of course, that the Polar variant comes with its own dedicated fitness app, GPS and GLONASS, is waterproof with IPX8 certification (so is safe for swimming) and has a ruggedised silicon band making it perfect for sporty types.

We’ve had the Polar M600 strapped on for the last couple of weeks, so here’s our all-important verdict. 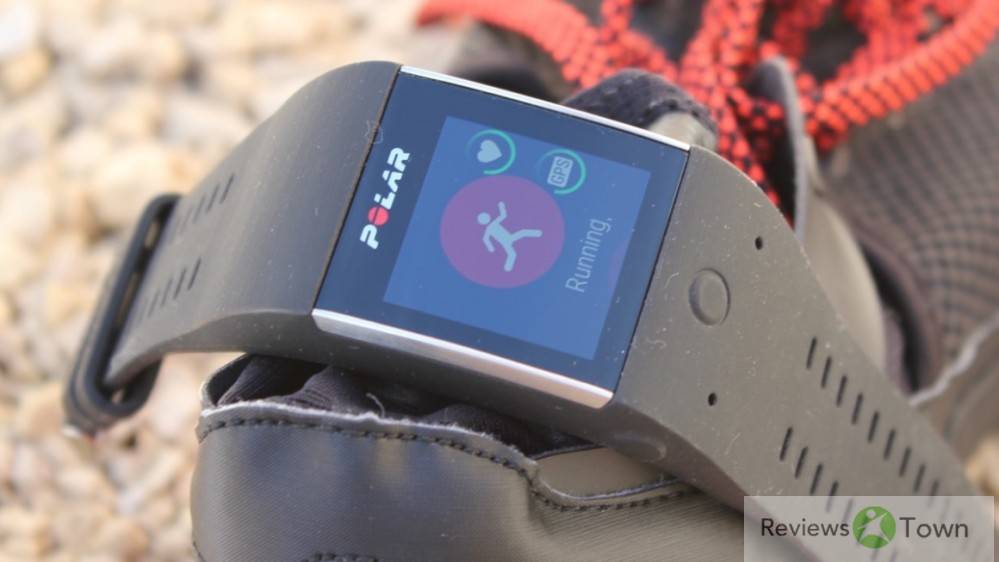 Let’s start with what some people might consider to be the M600’s weakest point – its looks. It’d be easy to look at the M600 and dismiss it as one of the blandest Android Wear smartwatches so far. But while it’s not going to compete with the Huawei Watch, Tag Heuer Connected or Nixon’s The Mission in terms of dazzling aesthetics or screen clarity, that’s not really the point.

We’ll say this more than once in this review: the M600 is a sports watch first and an Android Wear smartwatch second. More on that later but it’s important to point out that, when discussing the design, it’s perfectly fine as a sport watch. It’s fairly minimal yes – but it’s super comfy, super sturdy and not too bulky at all at 13mm thick.

Sure, it’s almost double the weight of the A360 (which is much more of a traditional fitness tracker) but, at 63 grams, it’s actually 16g lighter than the Polar V800; the company’s flagship multisport GPS watch. With that IPX8 certification, that means you can go swimming with it too – always good news.

The silicone strap is reassuringly tough, while at the same time flexible and lightweight enough for it to be able to be worn for long runs and workout sessions. Like the Moto 360, however, it is prone to attracting fluff and dust, as you can probably tell from our pictures.

The display does the job – let’s leave it at that. The 1.3-inch, 240 x 240 (260ppi), panel won’t worry the top end of the Android Wear table but the inclusion of transmissive TFT tech is a good choice for a watch where it is important to be regularly readable in sunlight. 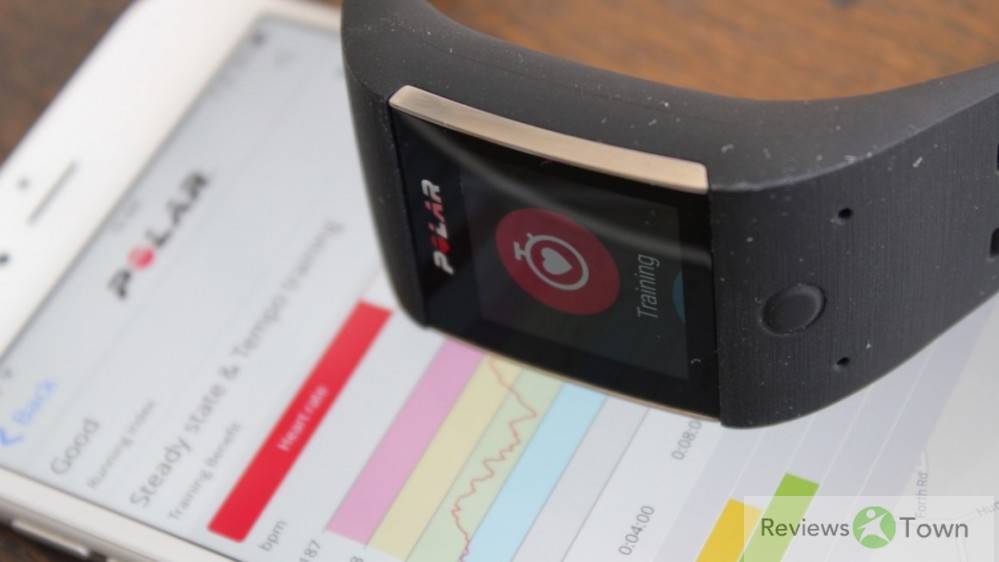 When you turn on the M600, it looks just like the A360 – complete with the funky activity goal progress widget – and a push of the button under the screen fires up Polar Flow. Flow is very much at the front and centre of the whole experience. In fact, you’re instructed to download the Polar Flow app onto your phone (both on iOS and Android) as soon as the M600 is up and running.

If you’ve already got the Flow app, it will fire up on your smartphone and ask you to sync your M600. While other manufacturers have their own dedicated smartwatch apps to sit in parallel with Google’s Android Wear one, none feel as in-sync as do Flow and the M600. It’s not a companion app. It is the app. Your M600 syncs directly to it and not only will your smartphone be able to display all your stats, but all that data is synced in the cloud so you can dig deeper using the Polar Flow desktop client or the browser based version. (You can’t sync direct with the desktop client using USB, however).

On other GPS-enabled Wear watches such as the Sony SmartWatch 3 and the Moto 360 Sport, you either use Google’s own (extremely basic) app for sports tracking or you download something like Endomondo or RunKeeper. On the M600 there’s no real reason to stray away from the pre-installed in-house software.

We won’t go too deep into what Polar Flow offers in this review – you can read all about using Polar Flow here – but what we will say is it’s not a watered down version for the Android Wear model. It’s Polar Flow in all of its glory, complete with features like Training Benefit, Running Program, Running Index and Sport Profiles.

Talking of Sport Profiles – you’ll find that while Polar promises “sport-specific feedback”, that doesn’t mean you’ve got a dedicated multisport watch like Garmin’s Vivoactive HR. Don’t expect it to double up as a GPS golf watch, for example. You can, of course, use an Android Wear friendly golf app, combined with the M600, but that’s a whole different matter. There’s no auto-sport detection, as per the Fitbit Charge 2, either. All sessions need to be manually started by the user. Slight bummers but no great disasters.

When running (or doing another tracked sport session) you get an array of screens to swipe through – with loads of detail on offer on pace, distance, time and heart rate zones. Like any other Android Wear smartwatch the display will dim when you don’t have it held up to your face, but a nice feature on the M600 is the side button, which fires up the screen brightness – super handy when you’re running in the dark and don’t want to have to wave your arms around like an idiot.

The GPS tracking, in the seven test runs we did, was spot on. We compared it to both an Adidas miCoach Smart Run and a Polar M400 and the recorded distances – between 5 and 12km – were always within 200 metres. 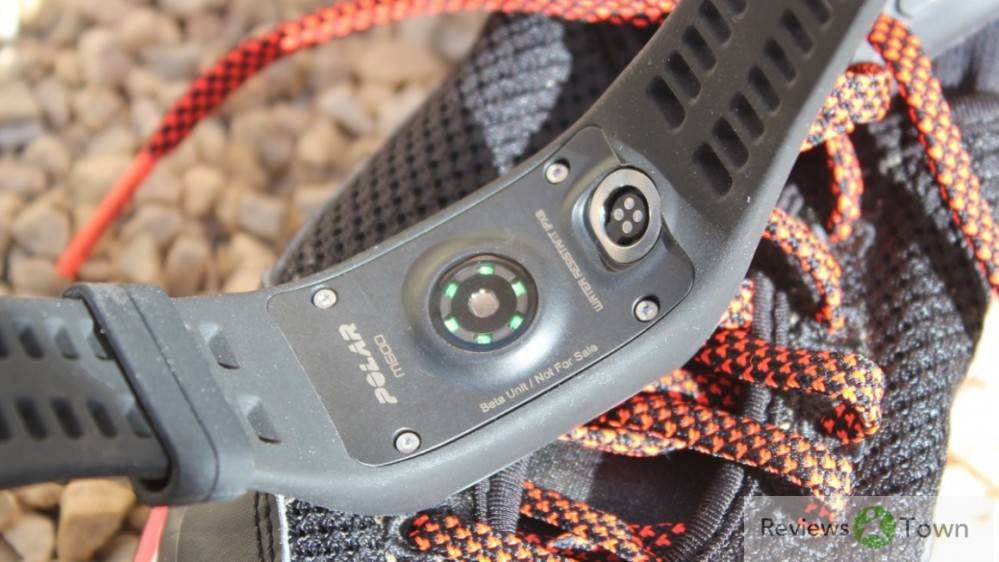 While we were disappointed with Polar’s first attempt at wrist-based tracking with the A360, we found the M600 to be extremely accurate when compared to a chest-strap. We did multiple runs with either a MyZone or Wahoo chest-strap on and the M600 never let us down.

In terms of general, ‘normal’, running we found the M600 to always be within 2-3 beats of the chest-strap readings and, during interval training it also stayed within this buffer. That said, it didn’t react to big changes and variations in bpm readings quite as quickly as the chest strap did. 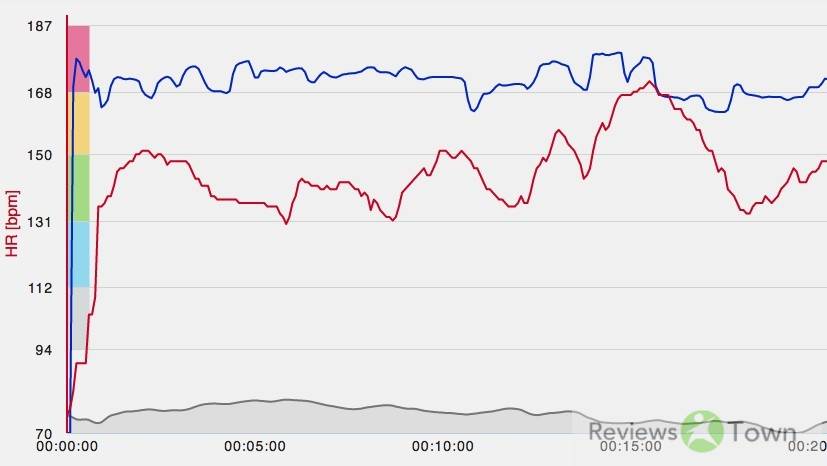 A major plus for anyone wanting super accurate heart rate monitoring is that you can pair the M600 with a third-party chest strap. Of course Polar wants you to use its H7 strap, but we had no issues getting a Wahoo Tickr X’s bpm reading displayed within Polar Flow when engaged in a run.

A final nice touch is that, when locking on to GPS (which is very quick, by the way) and a heart rate before a run, the green icon for the bpm reading will turn blue if a chest strap’s reading is being used instead of the optical one’s. 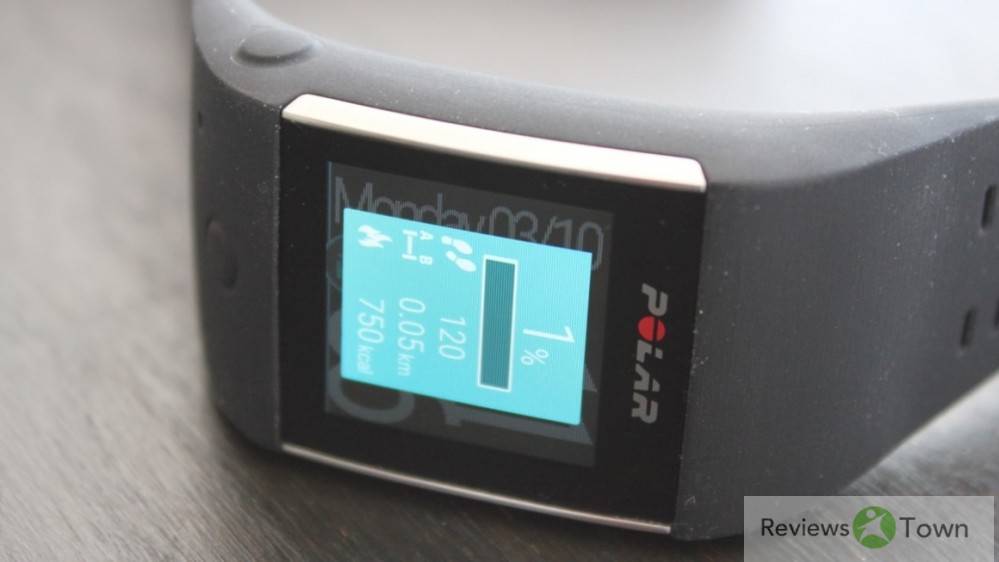 Activity tracking on the M600 includes steps, distance, active time, burnt calories and automatic sleep tracking – essentially, what you get with the A360.

On the watch itself, all that info is presented in brief under the My Day part of Flow (just for that current day) but inside the smartphone app, it’s much more detailed. One of the best parts of My Day is you can see what activity you need to perform to make your daily goal; whether that be running, walking or just standing up.

This being Android Wear, all activity tracking metrics are piped directly into Google Fit as well. To keep you motivated, there’s also an inactivity alert that vibrates after 55 minutes of inactivity.

Polar M600: Android Wear on board 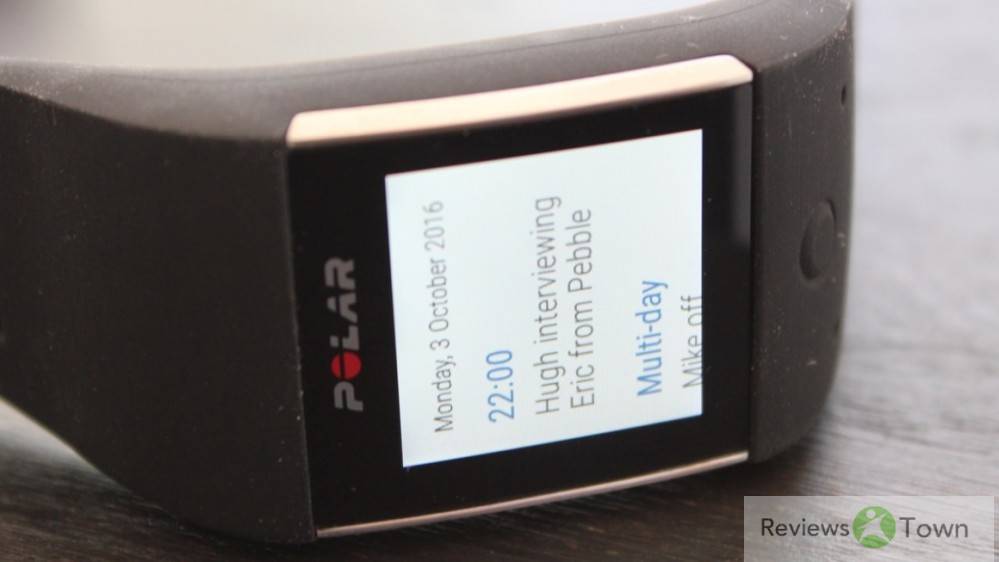 This section is going to be pretty brief. Yes, it’s an Android Wear watch and yes, that means a golden ticket to Google’s smartwatch goodies, but Android Wear is not the reason you should buy this smartwatch.

That’s not knocking Android Wear at all, but of all the Google smartwatches we’ve tested (all of them, obviously), never has the smartwatch OS been so unnoticeable. That’s a good thing on the M600. It’s great when it’s there for when you want it but the fact is that you could fire the M600 up, pair it up with your phone, and never touch Google Play ever again.

Of course, it does have all the Wear features on board. There’s voice interaction with Google Voice, as well as messages, calls, alerts and contextual notifications popping up onscreen and activity tracking via Google Fit. Plus the thousands of Android Wear apps too.

What we’re saying is that it’s all present and correct but you might not ever need it. 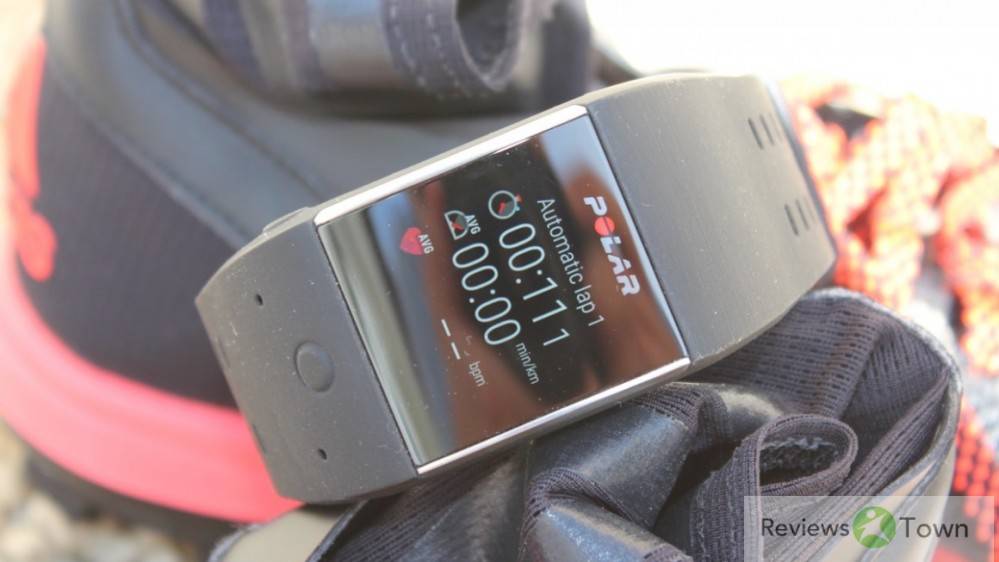 The battery on the M600 is a whopping 500mAh one. That’s huge for Android Wear and it doesn’t disappoint. You’ll easily get a couple of days of regular use, with an hour or so running each day – with GPS turned on and music playing through your Bluetooth headphones, of course.

Endurance runners will also be happy to know that you’ll get around 6-7 hours of solid GPS tracking, with music playing, before the M600 needs a charge. That puts it on a par with the TomTom Spark 3.

It’s also the first Android Wear watch to pack MediaTek’s MT2601 processor, which is more than capable of everything Android Wear and Polar Flow has to throw at it.