Best Smartwatch – Apple VS Pebble VS Samsung VS Sony

Choosing the best smartwatch right now is a tough task given the sheer number currently on sale from Apple, Pebble, LG, Motorola, Tag Heuer, Fossil, Samsung and Sony. If you’re interested in a wrist companion, though, you firstly need to choose between the Android Wear army, the latest Pebble watches, and the Apple Watch.

There are plenty of new models in the pipeline too. The Apple Watch 2 will land sometime in 2016 and the likes of Nixon’s The Mission and Michael Kors Access are on their way.

We’ve completely overhauled our best smartwatch guide to try and help those looking to make the right decision. Whether you’re after functional, sporty or something downright stylish, read on for our choice of the top tech timepieces to own right now. 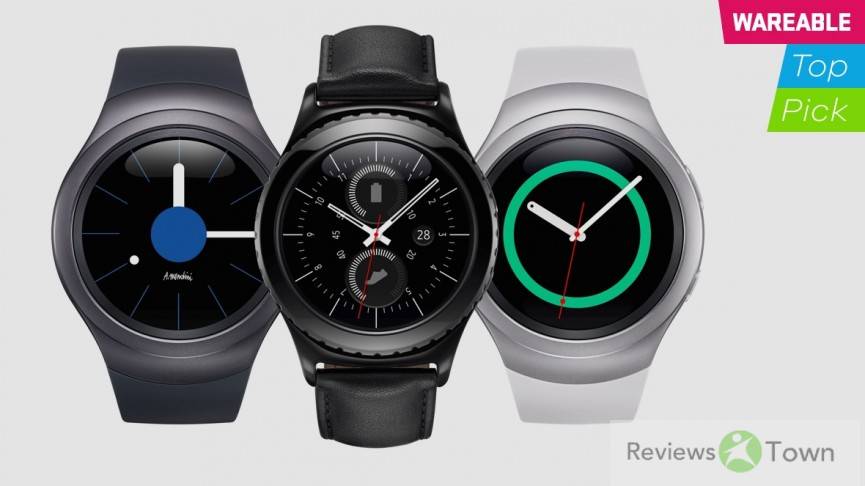 As easy to live with as a Pebble, as slick as an Apple Watch and with a tactile, rotating bezel as its secret weapon, the S2 is the kind of smartwatch you’d kick yourself for leaving at home. You’ll have to pay extra for the cellular version to make the most of the GPS features but even the standard version feels like a leap forward.

The battery life is better than most rivals; we’ve used Android Wear watches day to day and Samsung’s smartwatch beats these hands down. The lack of apps is a niggle, but we don’t think it impacts the overall experience enough to recommend rivals over this device. 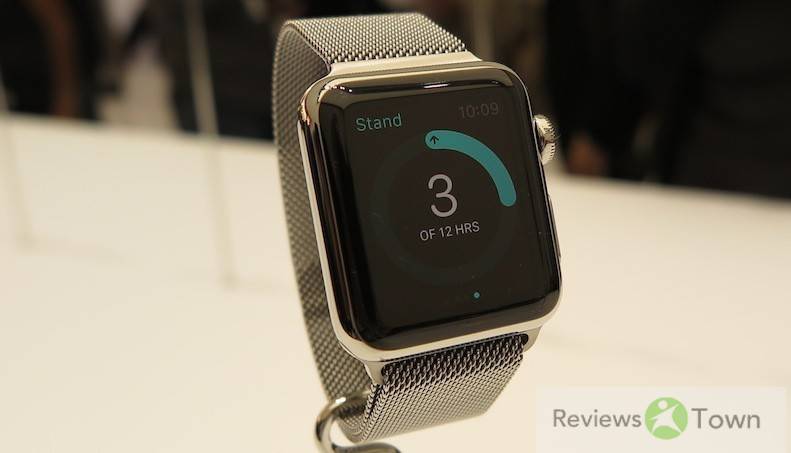 Whether you find the Apple Watch the leading example of fashion blended with tech or a boxy abomination is really down to personal taste. But for our money, it’s one of the best looking smartwatches made to date (especially when paired with a quality Apple Watch strap) and, coming in two sizes, is one of the most unisex as well.

The build quality is superb, and the footprint of both the 38mm and 42mm watch is much smaller than you’d expect. Despite its flaws (poor sports features and the lack of GPS), the Apple Watch was one of the first wearables that was actually a pleasure to wear. The Apple Watch 2 is set to arrive soon though. 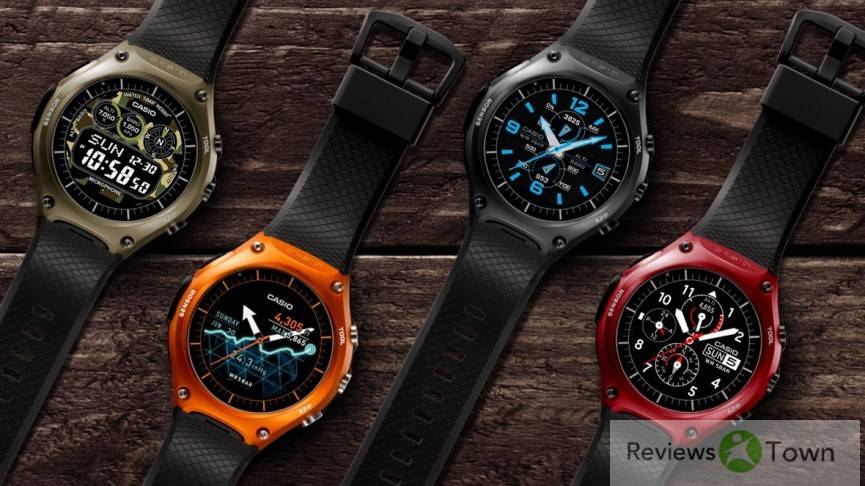 Until Nixon’s The Mission comes along this autumn, Casio should be your first pick if you want an outdoorsy smartwatch. Okay it doesn’t have GPS – and that’s a problem – but it (somewhat) makes up for it with lots and lots of sensors, modes for hiking, biking and fishing, two displays and the fact that it’s dustproof and waterproof to 50m.

Just be warned this is a bit of a beast on slender wrists, though it does only weigh 92g with the bulky rubber strap.

Best if money’s no object 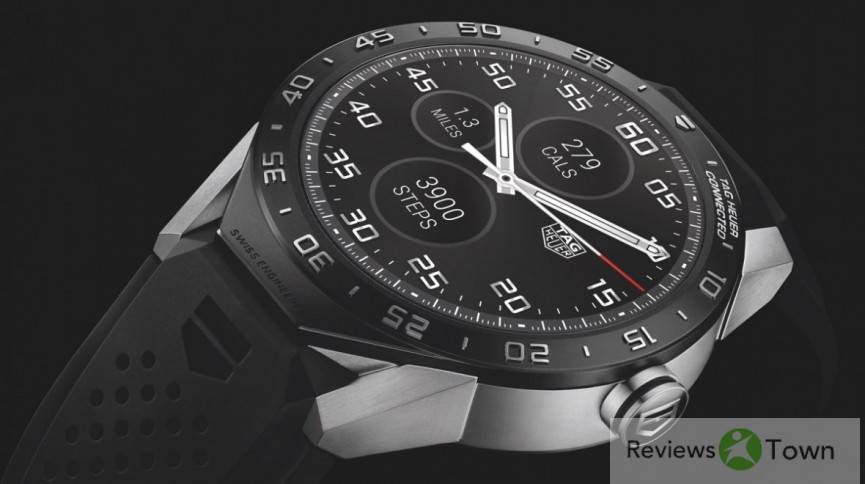 It doesn’t take long before you realise this Intel powered Tag smartwatch is the best built, and highest quality, Android Wear device to date. From afar it genuinely looks like a regular Tag Heuer watch – it’s only when you get up close that you notice it’s quite a bulky beast. Now available in rose gold, its watch faces are another delightful addition and after two years, you can trade it in for a mechanical Tag watch. 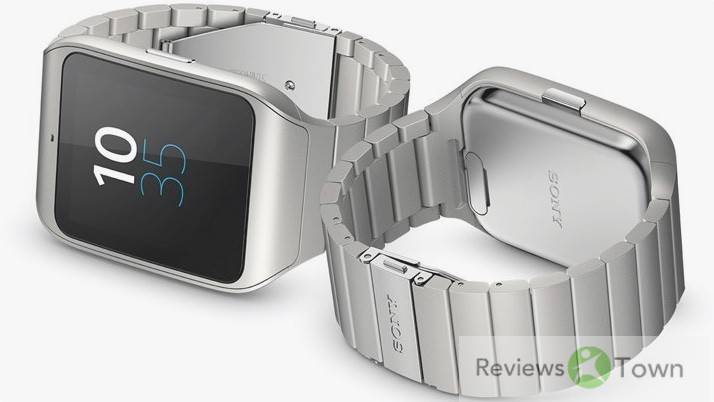 An old choice but a good choice, the Sony SmartWatch 3 has built-in GPS connectivity, which means you can leave your smartphone at home when you go for a run. (The Moto 360 Sport has matched it on that front now.)

The sports styling makes it perfect for a weekend jog, and while the screen is a little dull compared to some of its rivals, the latest Android Wear update means it can pair with wireless headphones for beats on the go. The Steel edition adds a touch of class to the smartwatch that we at Wareable agree offers the most bang for your smartwatch buck. 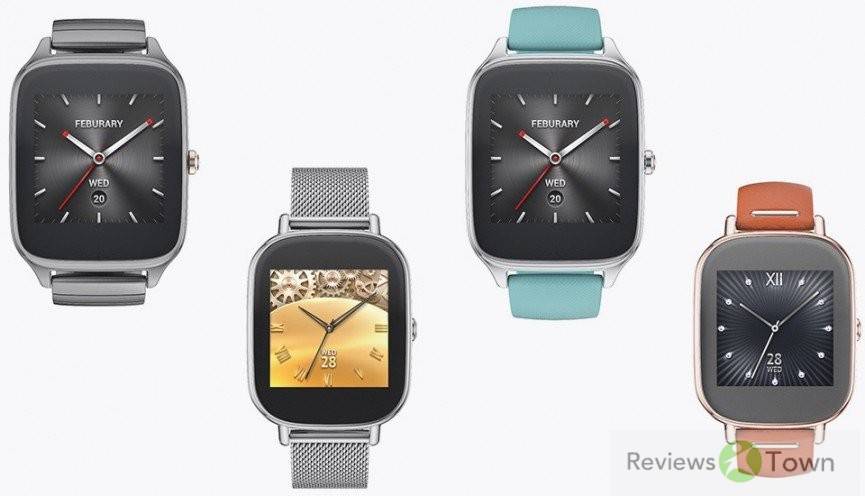 The focus of the ZenWatch 2 is choice, and Asus is approaching the evolving smartwatch market in a mature way. The second gen ZenWatch comes in two sizes – essentially male and female models. There’s also a wealth of strap options including rubber, steel, leather and even a Swarovski covered one. This makes it a nice first step for potential Android Wear buyers.

While little has changed on the hardware front for the ZenWatch 2, the Taiwanese company has installed a Wi-Fi chip to make use of the new features in Android Wear, and fast charging tech means you can juice up 50% of the battery in around 30 minutes. 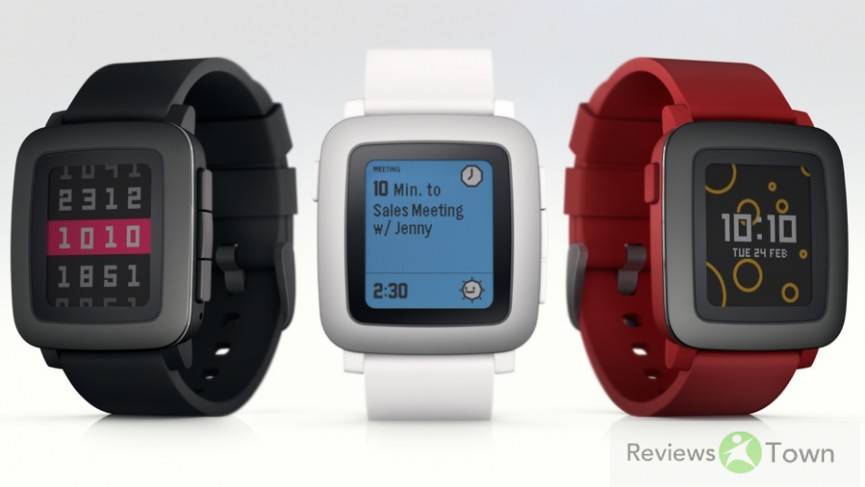 Everything that made the original brilliant is still on board: that affordable price, an impressive seven-day battery life and both iPhone and Android compatibility. There are also some serious upgrades to both the software and hardware, the most notable of which are the new colour e-paper screen and the revamped Timeline OS. Plus with the Pebble Time 2 on its way, this watch has dropped in price. 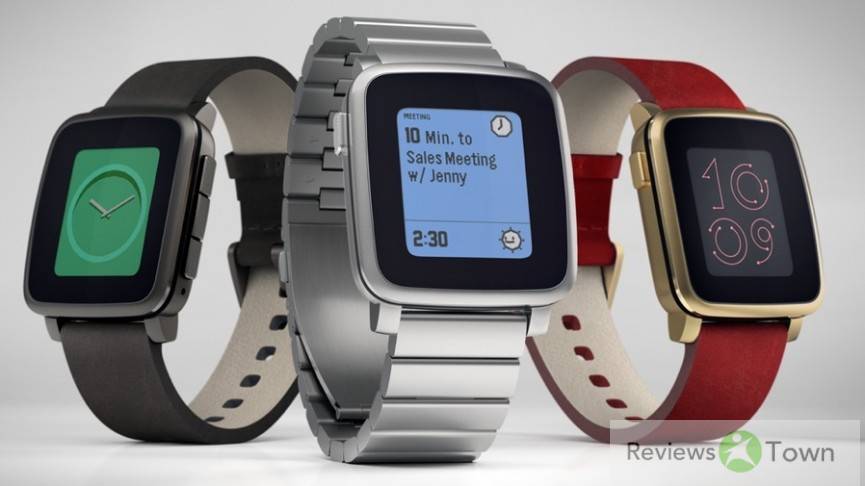 The world had only just caught its breath from the record-breaking Pebble Time launch when the Steel version was announced and now we have a
Time 2 (with a heart rate monitor) to consider. The Pebble Time Steel is thicker than its plastic brethren, making it feel much more regular watch than geek accessory.

That extra 1mm isn’t a bad thing though – it means room for a larger battery, which should keep the Steel going for 10 days. 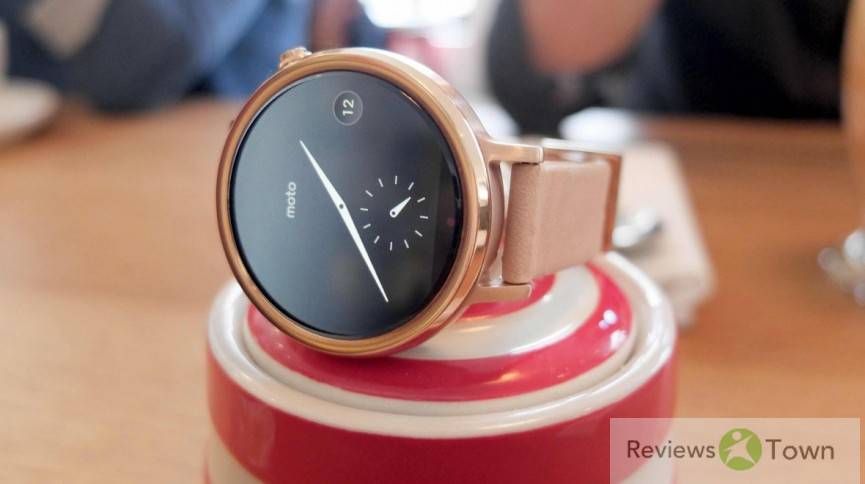 The Moto 360 2 comes in two sizes – 42mm and 46mm (with two different sized displays: 1.37 or 1.56-inch) – in fact, it’s three sizes if you count the different band sizes on offer. Using Moto Maker, you can choose between hundreds of different combinations of straps, bezels, finishes and colours.

Put the new Moto 360 next to the first-gen Motorola watch and you can really see the subtle differences that turn this design into a watch rather than last year’s circle on a strap. 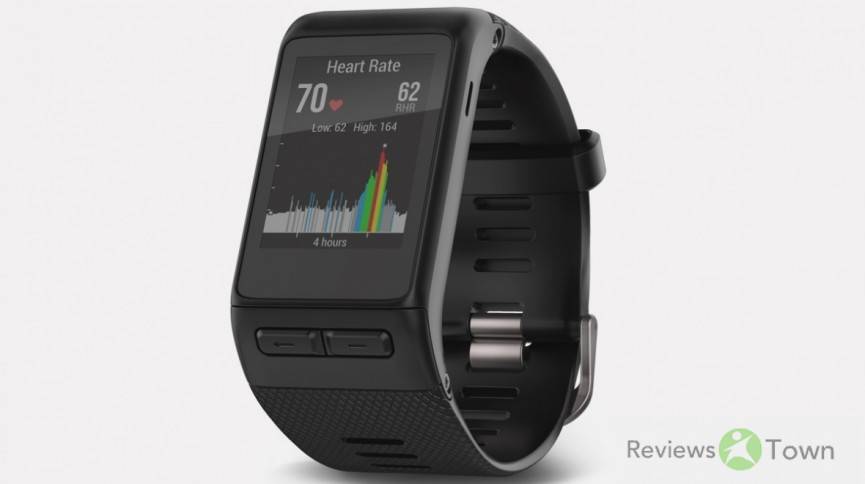 This second gen Garmin smartwatch has the same 24/7 activity tracking and support for smartphone alerts as its predecessor, the Vivoactive. What it adds is Garmin’s own Elevate heart rate tracking technology which monitors your HR continuously and gives accurate indications of calorie burn through the day and night. And it’s better looking.

There’s GPS and dedicated apps for cycling, swimming, running and golf plus support for skiing and paddle boarding too. Connect IQ adds apps while battery life is eight days, 13 hours with GPS. 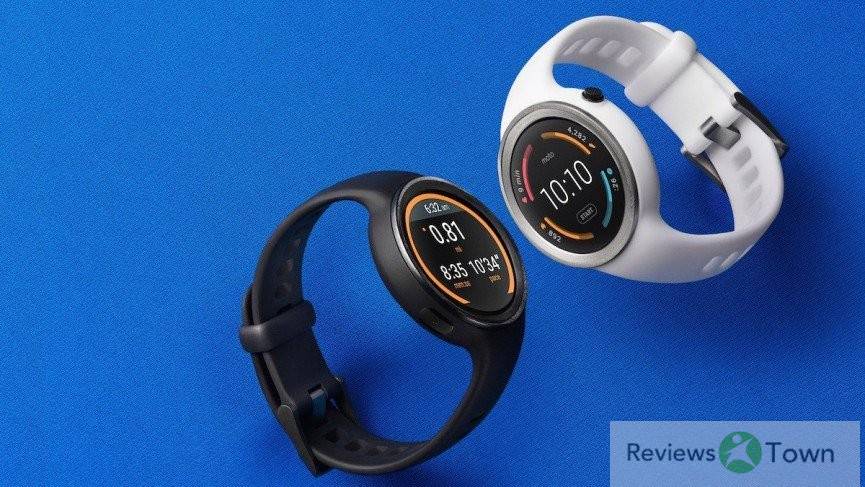 At last, an Android Wear device to match the Sony SmartWatch 3’s GPS skills – the Moto 360 Sport is actually a better running aid thanks to the Moto Body app already built in.

The Moto 360 Sport boasts an AnyLight LCD display that is naturally adaptable, meaning it should be nicely backlit in dim lighting situations but be easily readable when out running in sunnier conditions. 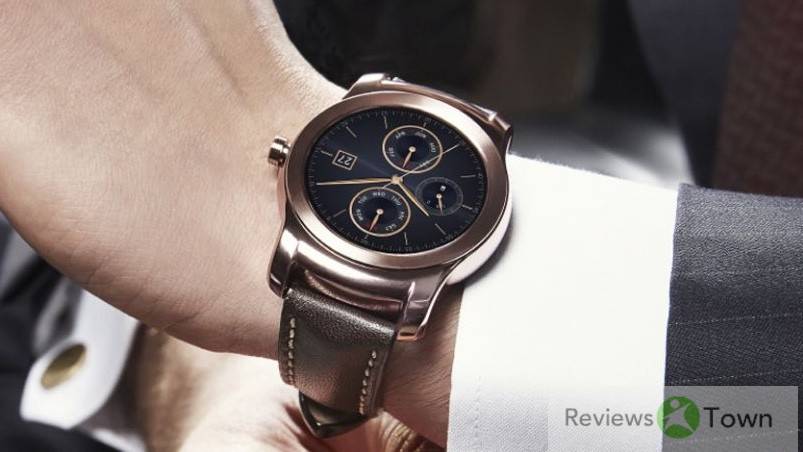 There’s no missing the Urbane, whether it’s the silver or gold model you’re sporting; that fully round bezel is seriously eye- and light-catching. It’s a smartwatch that looks like a traditional timepiece, and unlike the more premium-looking Urbane LTE, with its classic watch shape and extra physical buttons, the regular Urbane looks much more fashionable and feminine.

It’s pretty pricey though. If you really want to go all out, the LG Watch Urbane Luxe features a 23-karat gold watchcase and handcrafted alligator leather strap. It’s $1,200 mind. 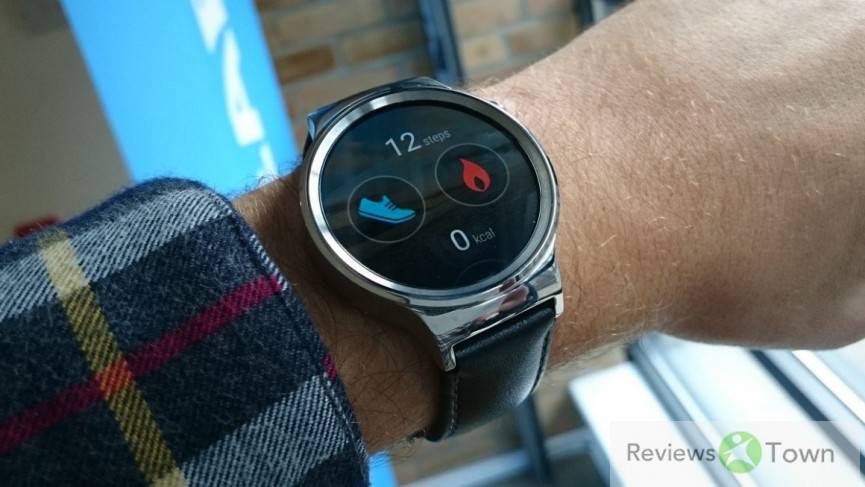 The stunning AMOLED display on Huawei’s Android Wear debutant is a 1.4-inch, 400 x 400, one with a 286ppi count – the highest density on an Android Wear smartwatch so far.

The screen is made all the more impressive thanks to a 10,000:1 contrast ratio. Side by side with the smaller Moto 360 2 – its closest rival in terms of aesthetics – it’s obviously a much clearer display. Not only because it offers genuine 360-degree visuals, but because everything just looks sharper.