The Oculus Rift is out, which means you’ll be needing something to play. We’ve known about some of the most exciting Rift games for some time now, but the Facebook-owned company keeps rolling out more and more titles.

With Oculus Touch launching soon on 6 December, we’re betting a lot of Rifters will get the $199 controllers too.

Luckily it looks like Oculus has a full roster of Touch-ready games on hand for you to check out too. So whether it’s on the Xbox One gamepad or with the Touch controllers, there are a lot of great experiences to try. These are some of the games we can’t stop playing, and the games we can’t wait to try.

There were a lot of robot games at Oculus Connect 3 this year but Ready at Dawn’s Lone Echo definitely stood out. With its crazy mechanics that fully utilize the Touch controllers, you really feel like you’re floating in space – without the VR sickness! Other games that do the whole space thing usually leave us feeling the need to hurl whereas Lone Echoonly gave us wobbly legs and a desire to see what would happen to our character, Jack. We can safely say this is the space robot game you need to play.

This one’s for the shooter fans. There’s a wide variety of guns and gun parts to choose from plus a bunch of enemies for your bullets in Artika.1. Unlike other shooters, this game seems to have a larger story attached and feels less like you’re just fighting off waves. But don’t worry, there’s plenty of shooting to be doing too.

Epic Games’ Robo Recall easily had the funniest trailer during the OC3 keynote, and the game itself is just as hilarious and crazy fun. You can not only shoot the hell out of robots, you can tear off their limbs, use them as body shields, and even jump on the back of a giant robot to hijack its weapons. Now that’s how to use the Touch controllers right…

We played Insomniac’s The Unspoken early on and quickly fell in love with the game. There’s a lot of exciting Touch games on the way, but this one made us realize for the first time just how much potential Rift’s controllers have. From the magic wielding to multiplayer, this is one title that can’t be missed when it comes out in November – or bundled with the Touch alongside VR Sports Challenge.

Though Landfall was one of the few gamepad titles we tried during OC3, it didn’t disappoint. Joining the likes of multiplayer, and enabling the social aspect that Oculus is touting, the tactical action game has you working with a friend to win different rounds involving various kinds of gameplay. In the words of the developer, “You will die a lot. But it’s still really fun.”

This game has been the subject of a bit of controversy as Oculus tried to buy it as an exclusive. Croteam said no but it’ll still be coming to the Rift later this year. The game itself promises to be as fun and violent as you’d expect from the port, those alien monsters aren’t gonna splatter themselves.

This one’s not due till 2017 but that doesn’t mean we can’t start getting excited. It’s a stylised, graphic novel-like psychological thriller with Oculus Touch controls and an all star voice/acting cast including Alfred Molina, Rosario Dawson etc. From Twisted Pixel and Oculus Studios, the story is that you play a patient, Robert Wilson, whose heart has been replaced by a mysterious device.

In a win for cross platform VR games, this Star Trek game is launching for all three of the major headsets including Oculus. Announced at E3, this co-op for four players focuses on manning the controls on a Federation starship. Developed by Red Storm Entertainment and published by Ubisoft, expect a slick, virtual reality experience if not the most exciting gameplay. Due to launch this autumn, probably around the launch of PlayStation VR or later. 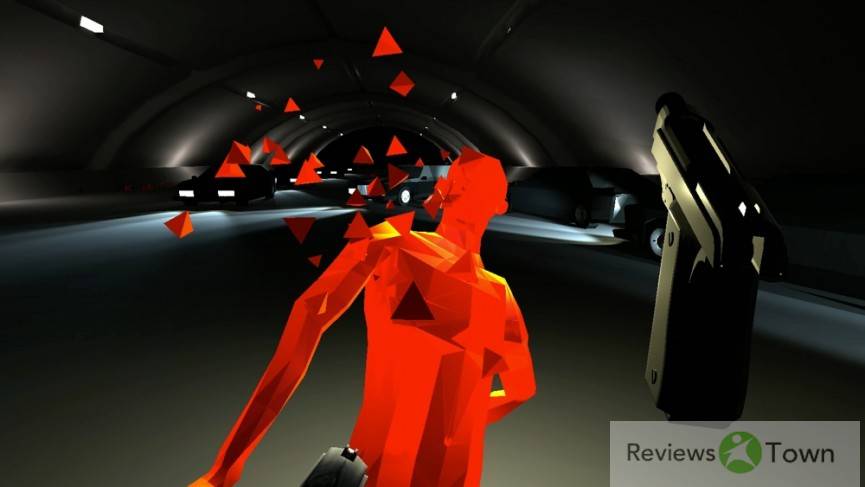 Superhot has been around as a web game for a while, but it’s now coming to the Rift. The stylish first person shooter features a unique way of controlling time – move forwards and the clock ticks, but stop and everything pauses. It means you can take your time, which could prove to be essential as you take your first steps into the disorientating virtual world.

This Oculus Touch shooter from Epic Games mirrors your hand movements to let you experience well, shooting people in a pretty crazy way. More teasers on features include teleportation and time manipulation so it sounds like a damn ambitious game. The first tech demo, built around showing off Unreal Engine 4, was only outed in September so this one might be a while.

From Reload studios comes this lovely 3D cartoon VR game set on a 20th century battlefield, World War Toons. Everything from the music to the details in the backgrounds to the characters’ facial expressions is funny and there’s some clever mechanics too. For instance, when you grab a gun or tank you power-up to that class of officer. It’s announced for PlayStation VR too but Reload has said WWT is coming to PC with Oculus support. Plus it will be free to play.

Something a bit different. This is essentially a bunch of different VR sports including ice hockey, football, baseball and basketball. Early demos have looked promising – the game highlights balls and pucks in green or red to show if you’re looking at it. With more demos at E3 2016, Sanzaru Games is bringing Wii Sports to the Rift and it looks damn fun. 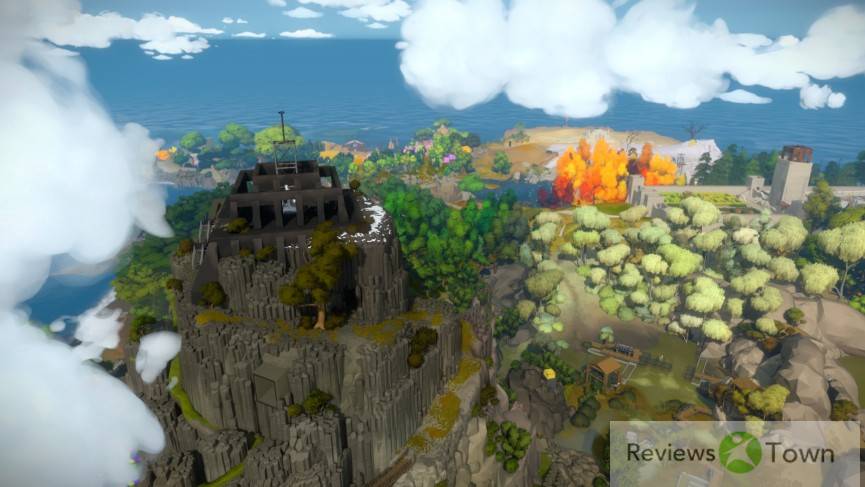 Jonathan Blow is the megabrain behind breakout platformer Braid, and his latest game, The Witness, looks set to continue his obsession with contorting your mind in ways it really shouldn’t.

Set on a mysterious and apparently deserted island, the game features some 440 puzzles to work your way through. Blow has developed the engine from the ground up, and he’s stated that the game will have “experimental” support for VR, previously namechecking the Oculus Rift.

If you’re OK with tinkering, you can try this how-to out now. 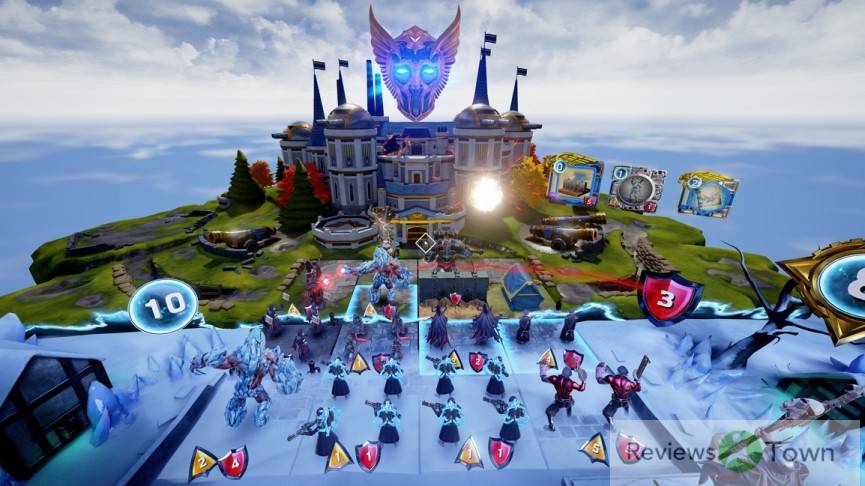 Just like The Unspoken and Feral Rites, we were one of the first to try out this VR card game – in fact the very first press person (we even played against Oculus’ head of content, Jason Rubin). It was great fun then, and remains addictive now. 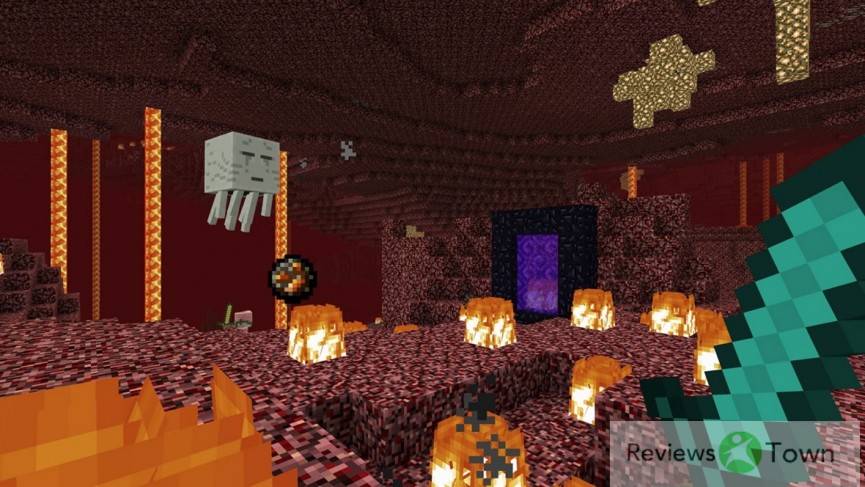 You know what Minecraft is. But you may not know it anymore played in VR. It’s still the same blocky world of course, except now you get to experience it from a whole new perspective and it’s awesome.

This is a genius way of making VR multiplayer, with just one headset. One person volunteers to be trapped in a (virtual) room with a ticking time bomb. Then everyone else – the Experts – has to read the instructions to defuse it and help out the VR headset wearer get the job done. Plus, there’s a different bomb every time. It’s developed by Steel Crate Games and has been on Steam with VR support for a while. 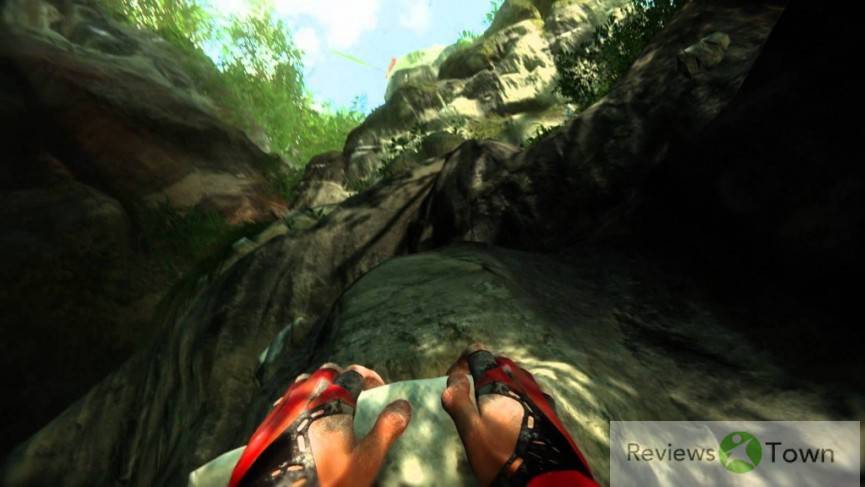 Crytek’s Robinson: The Journey (which was originally in this list) has been announced as an exclusive for PlayStation VR but the developer is redressing the balance with The Climb, an Oculus Rift exclusive. Yes.

It’s compatible with both Xbox One controllers and Oculus Touch (when those controllers launch) and it sees gamers scaling cliffs and rockfaces around the world. Beautiful scenery meets immersive thrills. 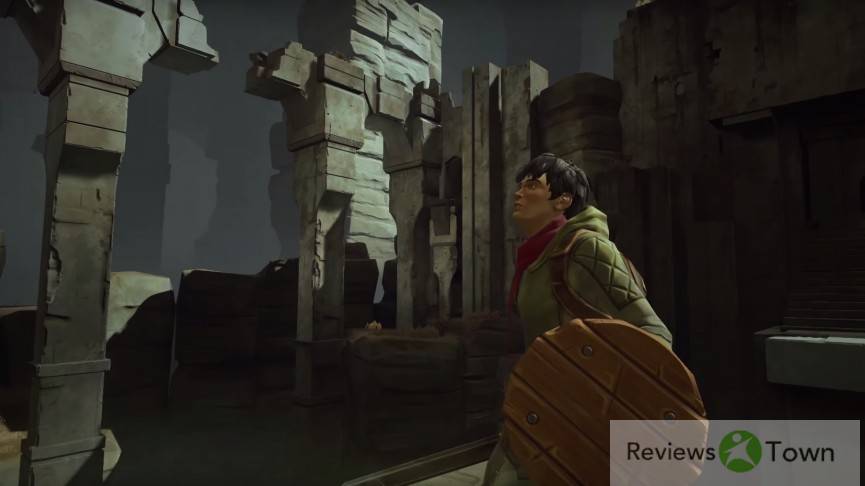 Make this one of the first RPGs you get for Oculus – Chronos is a good pick for fantasy and history fiends and comes with a really intriguing game mechanic. Every time you die, you age by a year and the skills and abilities you can acquire change too.

This moody, intense third person VR game is from Insomniac Games sees the player following a character on an Antarctic mission to rescue a missing expedition. The story is more like a traditional Uncharted-style console game but we’re excited to see how this translates to VR – epic snowscapes, eerie caverns, supernatural creatures flying over head. 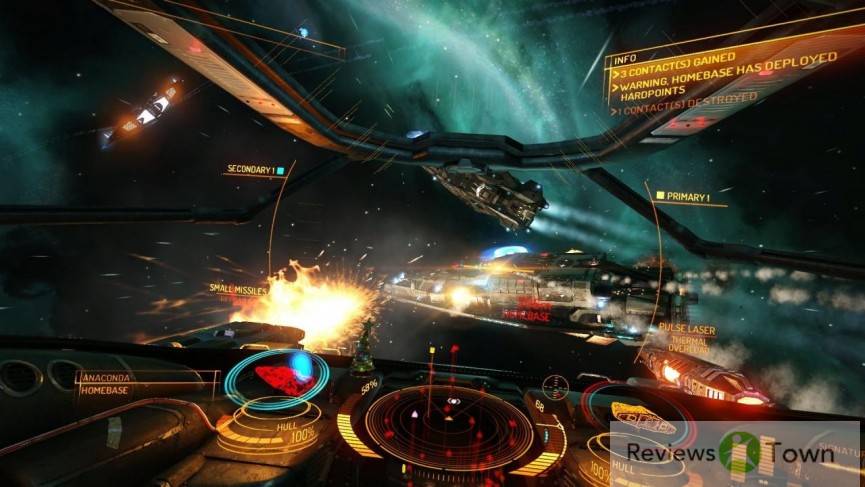 Another VR game that has been around for a while – and keeps on improving – is Elite: Dangerous. It’s one of the more expensive titles available so far on Oculus Home but the Frontier game is a must for multiplayer space sim fans. Also coming to the HTC Vive.

This melancholic, first person sci-fi VR game comes from Mindfield Games and sees gamers exploring the moon Titan i.e. deep space. You explore a space base built by the US and the Russians – in this timeline Kennedy was never killed and everyone is working together. P.O.L.L.E.N broke records on Steam Greenlight and it’s now available on Steam for Rift with Vive support much requested.

A third-person perspective in virtual reality games should be a big no-no, but somehow Lucky’s Tale gets it absolutely right. It’s a 3D platformer in the vein of Mario 64, with your face hovering god-like above the titular character as he bounces improbably around a technicolour land. It’s the kind of innovation Rift games need, and it’s great to see a family-friendly title on the headset from day one.

One of the more interesting games of the past few years, first-person puzzler NaissanceE tells the story of Lucy, who finds herself in a mysterious complex. It’s a game which is at once beautiful and nightmarish. Last September it officially added Oculus Rift support, so its surprisingly vast underground cities can surprise you with their vastness. 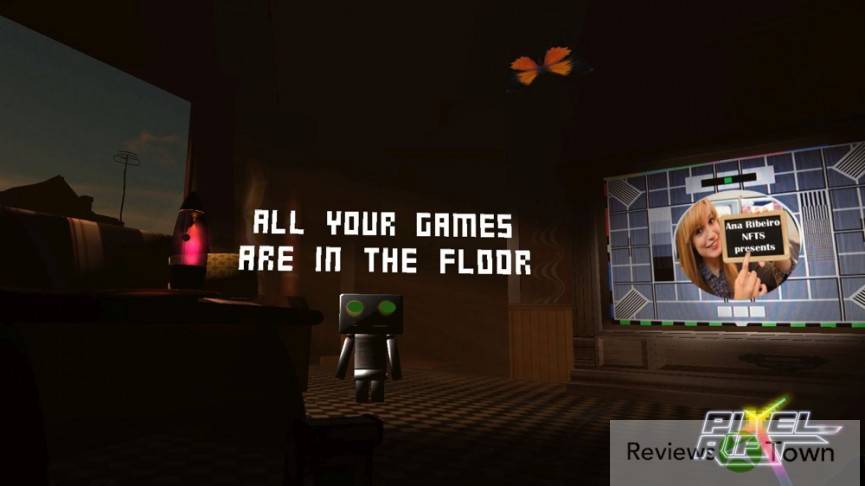 Created by indie developer Ana Ribeiro as a love letter to her favourite consoles,
Pixel Rift now called Pixel Ripped posits the player as a gamer facing obstacles while covertly playing classic games. Like the best Rift games it builds a familiar sense of place and then completely screws with it – levels end with a merging of the retro game you’re playing and the “reality” in which you’re playing them. Bonkers. 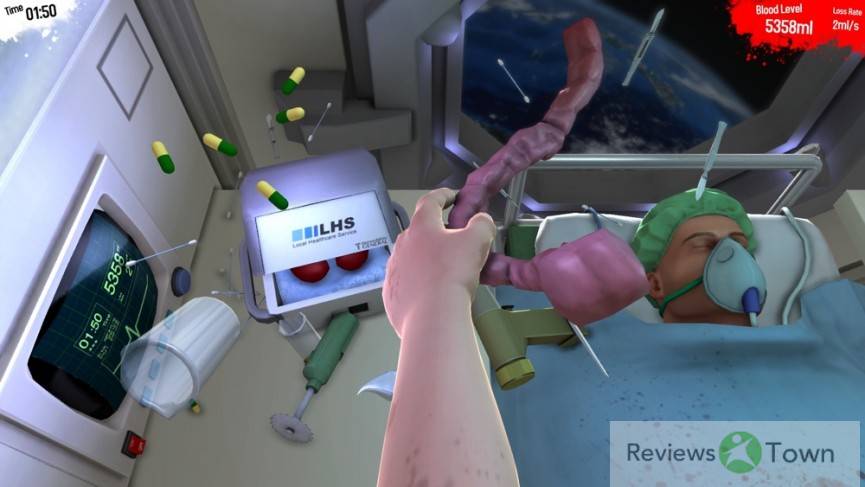 Bossa Studios’ game has become the stuff of legend, featuring a butter-fingered surgeon named Nigel Burke operating on Bob, his unfortunate patient. It all gets ridiculously silly and gory as you crack ribs and rearrange organs, and Oculus Rift really makes it feel like you’re in Burke’s blood-filled boots. In September, Bossa announced that
Surgeon Simulator will support the Oculus Touch controllers. 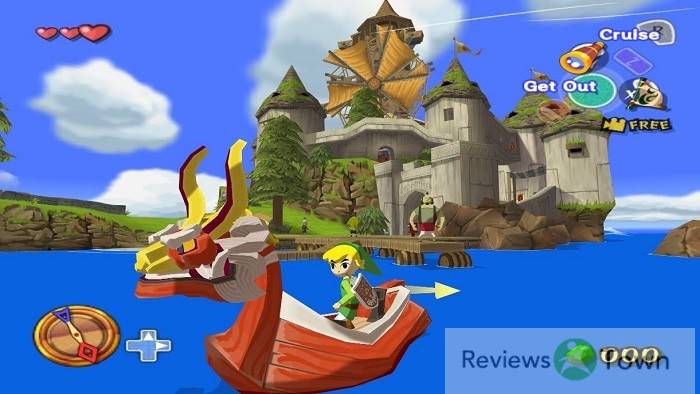 Not a single game, but an emulator capable of running a whole whack of Nintendo GameCube and Wii titles in stereoscopic 3D. It takes a bit of configuring, but the chunky, colourful graphics of
Super Smash Bros Brawl, Paper Mario and The Legend of Zelda: The Wind Waker really shine on the Rift – even if it might cause some major league vomiting. 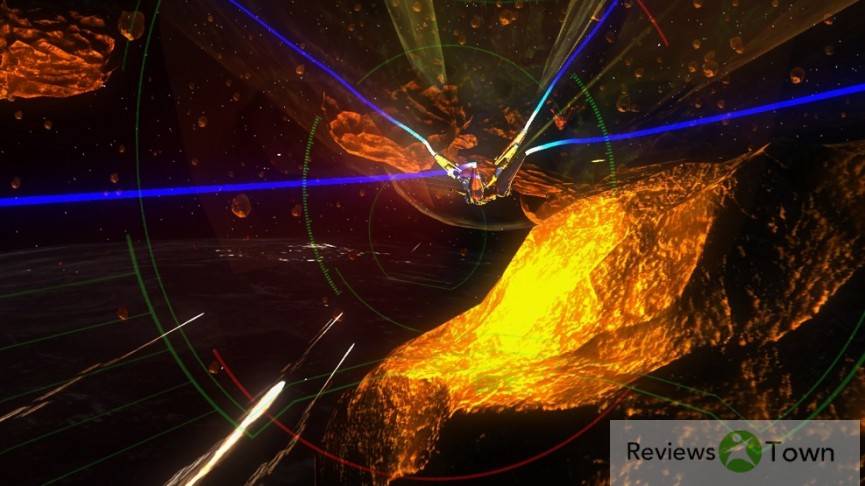 There’s a touch of Sega’s classic trippy shooter
Rez to Vanguard V. It’s another third person game, but this time it’s taking place in a planet’s stratosphere, with occasional dips into the ocean. Vanguard V’s beautifully designed with judicious use of colour, and its use of the Rift’s head tracking for targeting means that you’ll really feel you’re part of the action. 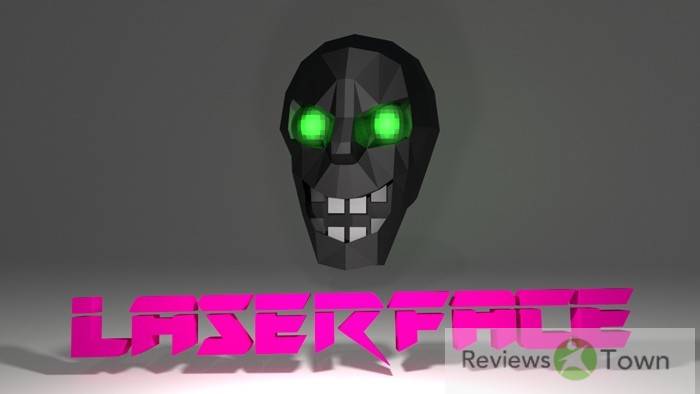 Basically a 3D version of classic Atari game Asteroids,
Laserface posits you as an unfortunate character who can shoot laser beams out of his face. As you do. Like Vanguard V targeting is achieved through the Rift’s head tracking, and shooting objects causes lovely three-dimensional showers of debris. There’s a lot of potential here.